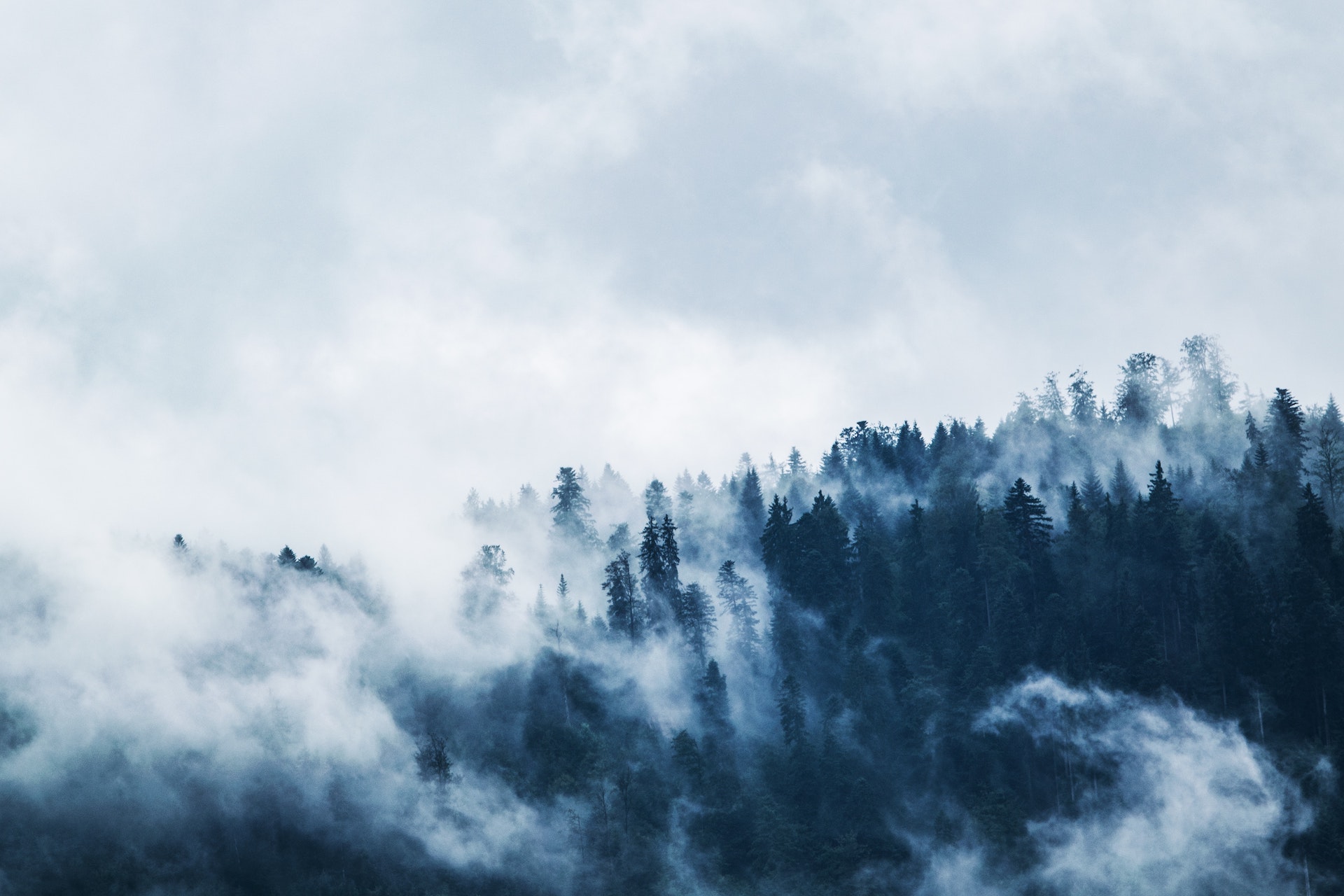 This is Kimberly Clark-Sharp‘s message from her extraordinary near-death experience during the minutes after her heart suddenly stopped and she lay on the sidewalk, not breathing and without a pulse. Swept into a peaceful, loving place of brilliant golden light and warm comfort, she saw, for the first time, the meaning of life – and death. After her near-death experience, she became the co-founder and president of the Seattle International Association for Near-Death Studies (IANDS). The following is an excerpt of her near-death experience as described in her book, After the Light: What I Discovered on the Other Side of Life That Can Change Your World.

In fact, I said, I felt fine. Really good. Come to think of it, I’d never felt better, or more alive. I was healthy and whole, calm and together for the very first time in my life. Though I still couldn’t see, I could hear everything – mostly the scramble of many voices talking all at once – but especially the tone of worry in the woman’s voice. It didn’t bother me. Nor was I offended by everyone’s refusal to listen to me or notice that I was OK. I let it go. I let everything go.

It was easy to give up and be quiet, easy to surrender. I just slipped away, as if I was falling asleep without being drowsy first. I had no fear, no sense of alarm or panic. It was like being carried someplace that was inviting, comfortable, and safe – like my warmest childhood memories of being carried to bed by one of my parents. There was that same sense of security, of being taken to a place where I could rest, and be cared for. Where I would be loved.

My next awareness was of an entirely new environment. I knew I was not alone, but I still couldn’t see clearly, because I was enveloped in a dense, dark gray fog – not a cold fog but a warm one. I was grateful for that; despite my years in Kansas, or perhaps because of them, I despise the cold.

I felt a sense of expectancy, the same anticipation one feels when waiting for a plane to take off or arrive. It seemed natural and right to be here, and for me to wait as long as it took. Earthly time had no meaning for me anymore. There was no concept of “before” or “after.” Everything – past, present, future – existed simultaneously.

I realized that I could discern the particles that made up the fog. I could perceive individual glints of penetrating light and droplets of unfathomable darkness, It wasn’t black and white makes gray – it was just light and dark, without color. I could focus on one, then the other, and perceive different patterns, like a 3-D painting.

Suddenly, an enormous explosion erupted beneath me, an explosion of light rolling out to the farthest limits of my vision. I was in the center of the Light. It blew away everything, including the fog. It reached the ends of the universe, which I could see, and doubled back on itself in endless layers. I was watching eternity unfold.

The Light was brighter than hundreds of suns, but it did not hurt my eyes. I had never seen anything as luminous or as golden as this Light, and I immediately understood it was entirely composed of love, all directed at me. This wonderful, vibrant love was very personal, as you might describe secular love, but also sacred. The only words I could formulate in the midst of this incredible Light were from my childhood: “Homey home.” It was something I used to say when when we had been on an outing and I had began to spot the familiar landmarks of our neighborhood.

Though I had never seen God, I recognized this light as the Light of God. But even the word God seemed too small to describe the magnificence of that presence. I was with my Creator, in holy communication with that presence. The Light was directed at me and through me; it surrounded me and pierced me. It existed just for me.

The Light gave me knowledge, though I heard no words. We did not communicate in English or in any other language. This was discourse clearer and easier than the clumsy medium of language. It was something like understanding math or music – nonverbal knowledge, but knowledge no less profound. I was learning the answers to the eternal questions of life – questions so old we laugh them off as clichés.

What’s the purpose of our life? “To love.”

I felt as if I was re-remembering things I had once known but somehow forgotten, and it seemed incredible that I had not figured out these things before now.

Then this ecstasy of knowledge and awareness was interrupted. Again, without words, I learned that I had to return to my life on Earth. I was appalled. Leave all this, leave God, go back to that old, oblivious existence? No way. The girl who always did as she was told dug in her heels. But to no avail. I was going back. I knew it. I was already on the way. I was on a trajectory headed straight for my body, that lifeless lump on the sidewalk in front of the Department of Motor Vehicles.

I didn’t quite make it. Maybe it was my resistance to going back, maybe it was just that I’ve never been good with spacial orientation. I’m so inept at parallel parking that if I get the car within four feet of the curb, I consider it a victory. It was the same for parking my soul back into my body. I missed by a good four feet.

That’s when I saw my body for the first time, and when I realized I was no longer a part of it. Until this moment, I’d only seen myself straight on, as we usually do, in mirrors and photographs. Now I was jolted by the strange sight of me in profile from four feet away. I looked at my body, the body I knew so well, and was surprised by my detachment. I felt the same sort of gratitude toward my body that I had for my old winter coat when I put it away in the spring. It had served me well, but I no longer needed it. I had absolutely no attachment to it. Whatever constituted the self I knew as me was no longer there. My essence, my consciousness, my memories, my personality were outside, not in, that prison of flesh.

Then I watched a man lean over that body and put his mouth to mine. That instant of physical contact was all that I needed. This man became the conduit that I passed through on the way to my own body, and for a brief moment, I was observing as well as experiencing what was happening to us both. I could feel his nervousness and even discomfort about performing this intimate, humane service in front of a gawking crowd. But it was his compassion, his love for me, a total stranger, that guided me – unerringly this time – back into my body.

I heard a woman calling my name, and though I wanted to respond, I could not answer her. I wanted to go toward her voice, but took too much effort. I was cold now, cold from the inside out, like a corpse. I felt as were moving through a dank, dark hallway blocked by heavy tapestries that I desperately tried to push aside, to get to that voice. But was getting nowhere.

A window opened up on my right and fresh air blew into that horrid place. Through the window, I saw a beautiful pastoral scene, like a calendar photograph of a Kentucky meadow: emerald grass and brilliant white fences under intensely saturated blue skies. Somehow, I knew that all I had to do, if I wanted to die, was to slip through the window into that bucolic beauty. If I went, I would not come back this time. If I decided to go through the window.

But at this very moment, I was made aware of the potential my life would have if I chose to continue it. I saw that there could be a larger purpose for my life – that I could accomplish considerable good and be of service to many people. It was an offer I could not resist.

As I began to regain consciousness, I received one last message. A male voice spoke a single sentence – the only clear words, besides “Homey, home,” that I could initially retrieve from my memory of this incredible journey. The voice said I would forget everything “except as it will be manifest.”

The message threw me. If I could have, I would have reached out, grabbed my messenger by the shoulder, and spun him around, “What are you talking about?” I would have asked. “What does manifest mean? And why do I have to forget? What am I supposed to forget?”

The. ambulance ride was uneventful, according to my father. I wouldn’t know. It’s as if a giant eraser wiped away my memory of the rest of the day. After having been infused with cosmic knowledge and universal understanding, having felt the presence of God and experienced unconditional love, I recall nothing else. If I contemplated my transcendent experience, or made mental notes on the wisdom I had gained, I don’t remember it. Physically and psychically drained; I slipped into unconsciousness. Wisdom would have to wait.

After a thorough examination and several hours of observation in the emergency room of St. Luke’s Hospital in Kansas City, I was sent home with a pat on the shoulder but no clear explanation for my collapse. The doctors said I might have suffered a once-in-a-lifetime cardiac arrhythmia – a wild fluctuation in heartbeat. 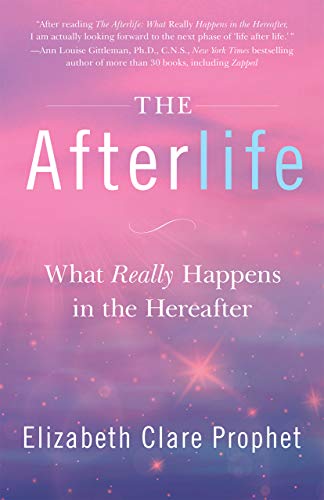 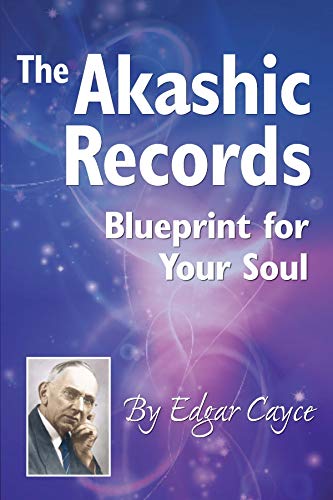