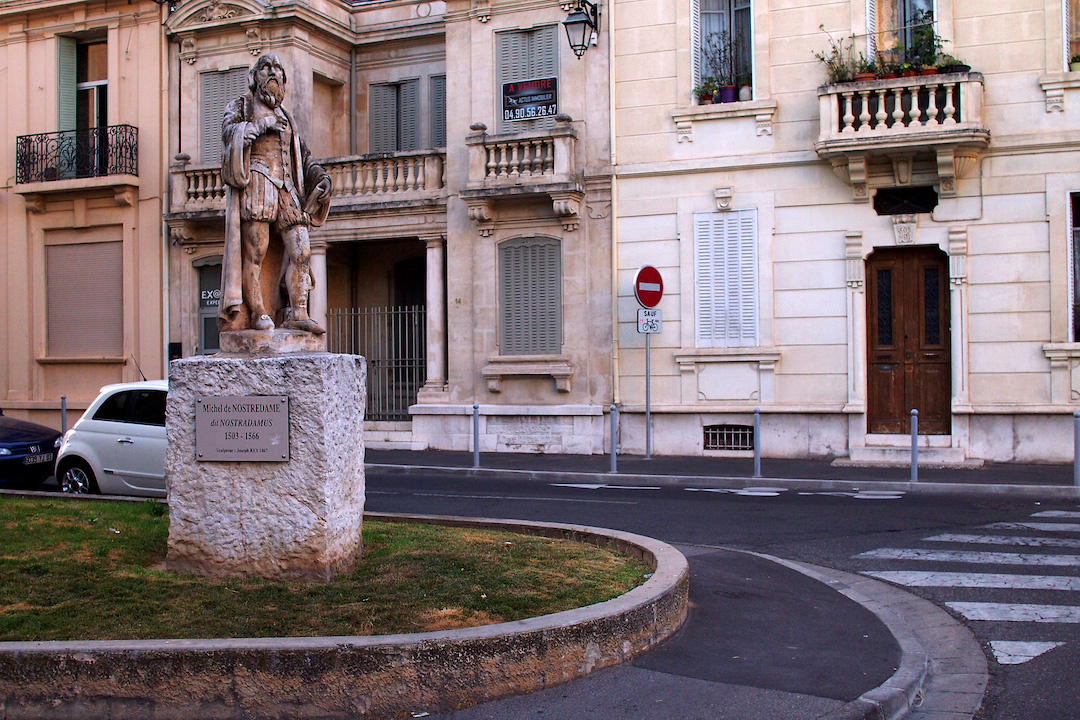 A picture is worth a thousand words. Notice the striking resemblance of John Hogue with Nostradamus in the above image. Their resemblance alone is sufficient evidence of John Hogue (www.hogueprophecy.com) being the reincarnation of the great prophet. But the fact there are even more synchronicities between them presents a solid case of them being the same soul. In 1981 Hogue was involved in an automobile accident resulting in a profound veridical near-death experience (Read his NDE testimony below) which greatly enhanced his intuitive powers. Over the next 30 years, John studied enough prophecy on his own to become a Rhodes Scholar (a “rogue scholar” as he likes to say) on the subject of prophecy – especially the prophecies of Nostradamus. In 1987, John wrote his first book entitled, “Nostradamus and the Millennium” which sold 700,000 copies and was translated into nine languages. By 2001, Hogue had published 13 books (and counting) on prophecy and Nostradamus. And because the reincarnation hypothesis suggests Nostradamus would have an incarnation sometime within the 20th century, I see no other person alive today who could fill the shoes of the great prophet other than John Hogue as you will discover yourself by reading this article.

1. A Brief Biography of John Hogue

John Hogue’s understanding of Nostradamus’ coded texts, as well as his grasp of the art of prophecy itself, has deepened with experience, earning him the distinction of being hailed THE preeminent authority on Nostradamus and on collective prophetic traditions. Hogue’s documented track record on prophecies into the new millennium has achieved an accuracy surpassing 80 percent. John writes about Nostradamus with the clarity and interpretive accuracy of the kindred prophet himself. Hogue uses his own gift of future insight along with the geopolitical savvy of a Noam Chomsky to unravel the complex issues affecting us today. Voices such as Hogue’s are desperately needed in these troubling times.

For astrology buffs, John Hogue was born on October 29, 1955, at 7:32 am (Pacific Standard Time) in in Hollywood, California (see Hogue’s natal chart below). Beginning in 1973, Hogue was employed in the professional performing arts as a musical comedy actor and opera singer under the tutelage of William Chapman, Broadway star and lead baritone of the New York City Opera, and his wife, Irene Chapman. Those years in the theater expanded his capacity to celebrate life while his singing ability opened his heart and flooded him with moments of ecstatic joy. Hogue began practicing the techniques of Zen meditation which led him to experience a glimpse of something more vast and shattering to his perceptions. By 1977, to the astonishment of his peers, Hogue abandoned his promising singing career to become a wandering seeker and writer on mystical matters. Four years later, a near-death experience – along with his decades of research into prophecy and his daily practice of Zen meditation – successfully transformed Hogue into one of the greatest prophet/mystics living today. You can help John Hogue get his prophetic messages out by becoming a HogueProphecy Supporter. More about John Hogue can be found on his autobiography page.

2. Synchronicity Between John Hogue and Nostradamus

Comparison of John Hogue and Nostradamus

b. Genetic makeup: Both have a French and Jewish background.

c. Religious background: Both have a Catholic background.

d. Medical training: Both have training in unconventional medicine – John Hogue in homeopathy and Nostradamus in meditation.

e. Skills: Both are skilled in astrology and divination.

f. Prophecies: Both have prophecies that have been read by millions of people.

g. Expertise: Both have greatly influenced millions of people because of their accurate track record of prophecies fulfilled.

i. Persecution: Both have a lifetime of on-and-off again criticism and persecution by naysayers.

The following near-death experience testimony is a partial reprint of John Hogue’s April 23, 2007, article entitled “The Death of Prophet’s Block” in which he details his fascinating veridical NDE:

“It happened on Ash Wednesday, the first day of Lent, in 1981. I was preparing to drive to my girlfriend’s house in Laguna Beach for dinner. Just as I was about to leave, I sensed a vastness hovering over me – a premonition of impending death. It became so tangible it froze me at the threshold. I stood motionless for sixty seconds of forever; then something pushed me into action. I fumbled for my car keys and headed off. Ten minutes later, death met me in a hurry. A station wagon ran a red light at fifty-five miles an hour and slammed into the driver’s door of my compact car. Glass and steel ripped apart like garments.

“The paramedics say I was unconscious for twenty minutes. They had given me up for dead and were working on the other driver. When they were finally preparing to saw me out of the wreckage, they noticed my slumped body stir to life.

“Twenty minutes or twenty centuries made no difference to what had been ‘me’ in the ruined car. All meaning was discarded with the din of shredding metal and shattered glass falling away. My consciousness was launched into an ocean of golden silence.

“Perception of myself was everywhere and nowhere, running at a million years a moment. I remember hovering over parents and friends who never saw me. I wasn’t there. And I did this ‘not there-ing’ with as much reality as I had ‘done’ the physical body.

“I looked through my girlfriend’s eyes and saw her hands cutting carrots for the meal we would never have. Her hands suddenly stopped. She put down the knife and folded her fingers thoughtfully.

“There were other beings ‘not there-ing’ in the golden silence. They cast the impression, like turning on a light, that I was home and there was no need to return ‘down there.’

“But somewhere in the lower vibrations of the space/time continuum, a pair of eyes opened. My mind re-engaged. Coolness, and a restfulness I have never felt before, encompassed the form that was the only thing left unbroken in the car. I felt like a time traveler returning from a million-year journey, inwardly silent and centered.

“Someone was tapping on the glass. An ashen-faced paramedic gaped at me through the window and yelled, ‘Can you get out?!;’

“‘Sure,’ I said evenly, as if he had only asked me for the time.

“I found the door handle and walked away from death.

“Prophets explain that through techniques of deep prayer, trance, or meditation – and sometimes even through a severe shock – they can have a glimpse of a higher vista of consciousness, where the horizon of time stretches far beyond the present moment.

“The objective mind cannot always repress the psychic in us. And in some rare moments the fantastic even leaves its calling card at a skeptic’s door. I remember how I tried to reach out to those I loved after the collision propelled me into the golden light.

“Later on I asked my girlfriend what she was doing at the time of the accident:

“‘I was in the kitchen,’ she said, ‘cutting some carrots for dinner, when suddenly something stopped me. I knew you weren’t coming… that something terrible had just happened.’

“Facing life’s ultimate threat of change – death – has given me a deep sense of gratitude, not only to the mystery that continues to give me life, but also to the sixth sense that sent me a premonition of danger. If I had been more self-observant, and more open to my own prescience, I might have respected that premonition and avoided a circumstance that almost killed me.

“I contend that we all suffer from prophet’s block. Most of us have been programmed to act like ostriches, to hide our heads from premonitions of change. A premonition of apocalypse – whether personal or global – may be a blessing in disguise. We can use precognition as an alarm to wake up in time and steer our destiny out of harm’s way.” – (John Hogue, April 23, 2007)

Nostradamus gave clues to the identity of three antichrists who would rise to power and lead the world to the very edge of the apocalypse. Nostradamus gave the first antichrist the anagram “Napaulon Roy” (King Napoleon) and the second “Hister” (Adolf Hitler). Nostradamus identifies the third antichrist with the anagram “Mabus” of which John Hogue has identified as the current political leader known as “MBS”, Mohammad Bin Salman, the crown prince of Saudi Arabia, who has sided with Israel and the U.S. against their arch-enemy Iran. Read more about these antichrists in this article on Hogue’s site. 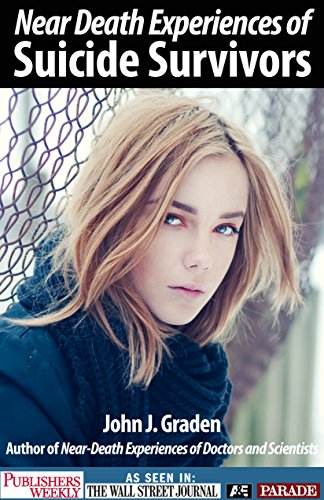 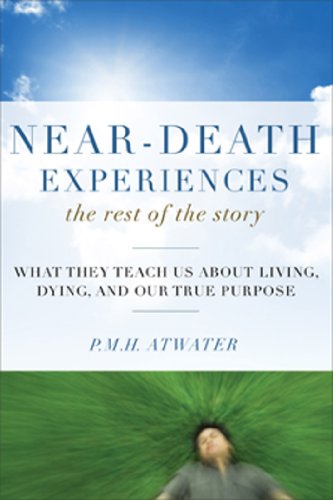 Near-Death Experiences, The Rest of the Story: What They Teach Us About Living and Dying and Our True Purpose
P.M.H. Atwater
Buy on Amazon

Near-Death Experiences, The Rest of the Story: What They Teach Us About Living and Dying and Our True Purpose
P.M.H. Atwater
Buy on Amazon 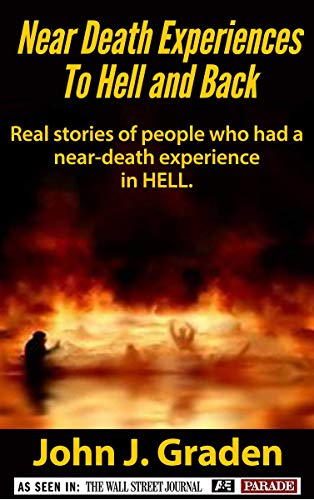 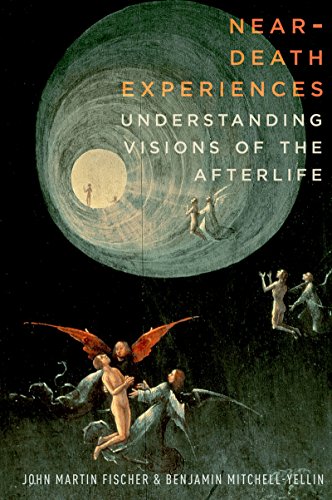 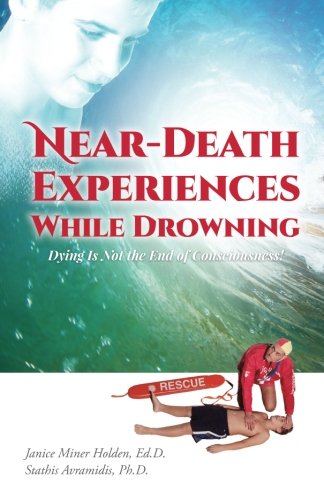 Near-Death Experiences While Drowning: Dying Is Not the End of Consciousness!
Janice Holden
Buy on Amazon

Near-Death Experiences While Drowning: Dying Is Not the End of Consciousness!
Janice Holden
Buy on Amazon 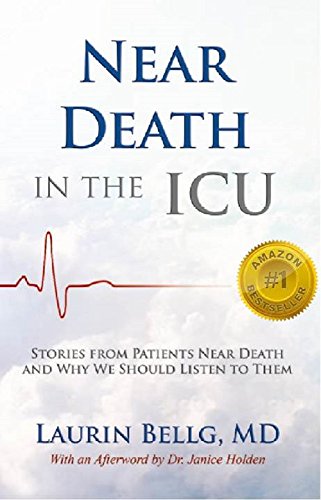 Near Death in the ICU: Stories from Patients Near Death and Why We Should Listen to Them
Laurin Bellg
Buy on Amazon

Near Death in the ICU: Stories from Patients Near Death and Why We Should Listen to Them
Laurin Bellg
Buy on Amazon 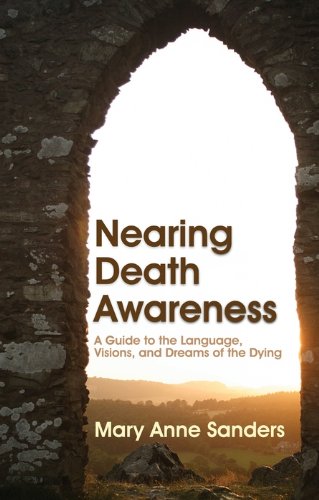 Nearing Death Awareness: A Guide to the Language, Visions, and Dreams of the Dying
Mary Sanders
Buy on Amazon

Nearing Death Awareness: A Guide to the Language, Visions, and Dreams of the Dying
Mary Sanders
Buy on Amazon 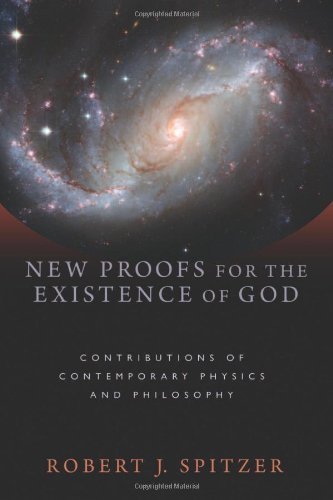 New Proofs for the Existence of God: Contributions of Contemporary Physics and Philosophy
Robert Spitzer
Buy on Amazon

New Proofs for the Existence of God: Contributions of Contemporary Physics and Philosophy
Robert Spitzer
Buy on Amazon 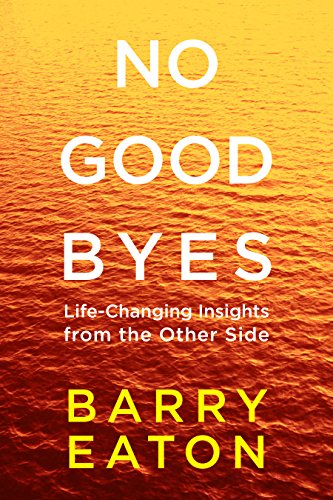 No Goodbyes: Life-Changing Insights from the Other Side
Barry Eaton
Buy on Amazon

No Goodbyes: Life-Changing Insights from the Other Side
Barry Eaton
Buy on Amazon 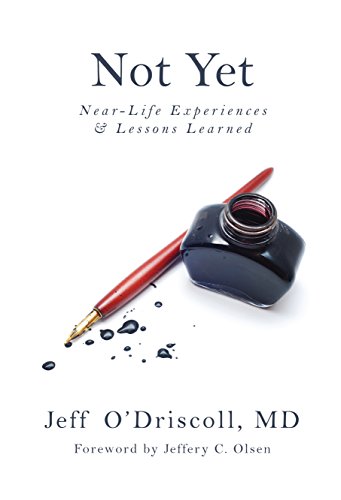 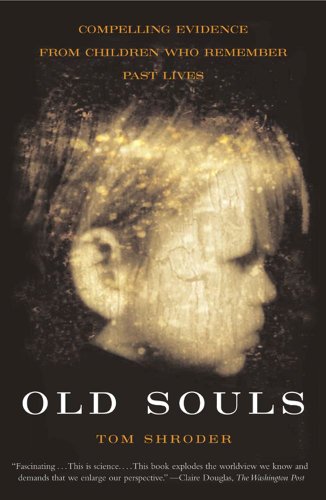 Old Souls: Compelling Evidence from Children Who Remember Past Lives (Scientific Search for Proof of Past Lives)
Tom Shroder
Buy on Amazon

Old Souls: Compelling Evidence from Children Who Remember Past Lives (Scientific Search for Proof of Past Lives)
Tom Shroder
Buy on Amazon 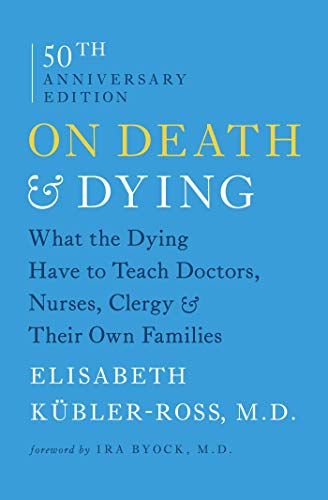 On Death and Dying: What the Dying Have to Teach Doctors, Nurses, Clergy and Their Own Families
Elizabeth Kubler-Ross
Buy on Amazon

On Death and Dying: What the Dying Have to Teach Doctors, Nurses, Clergy and Their Own Families
Elizabeth Kubler-Ross
Buy on Amazon 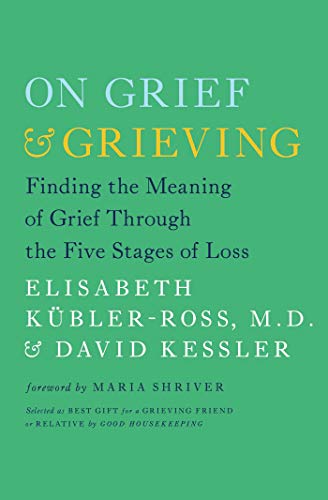 On Grief and Grieving: Finding the Meaning of Grief Through the Five Stages of Loss
Elizabeth Kubler-Ross
Buy on Amazon

On Grief and Grieving: Finding the Meaning of Grief Through the Five Stages of Loss
Elizabeth Kubler-Ross
Buy on Amazon