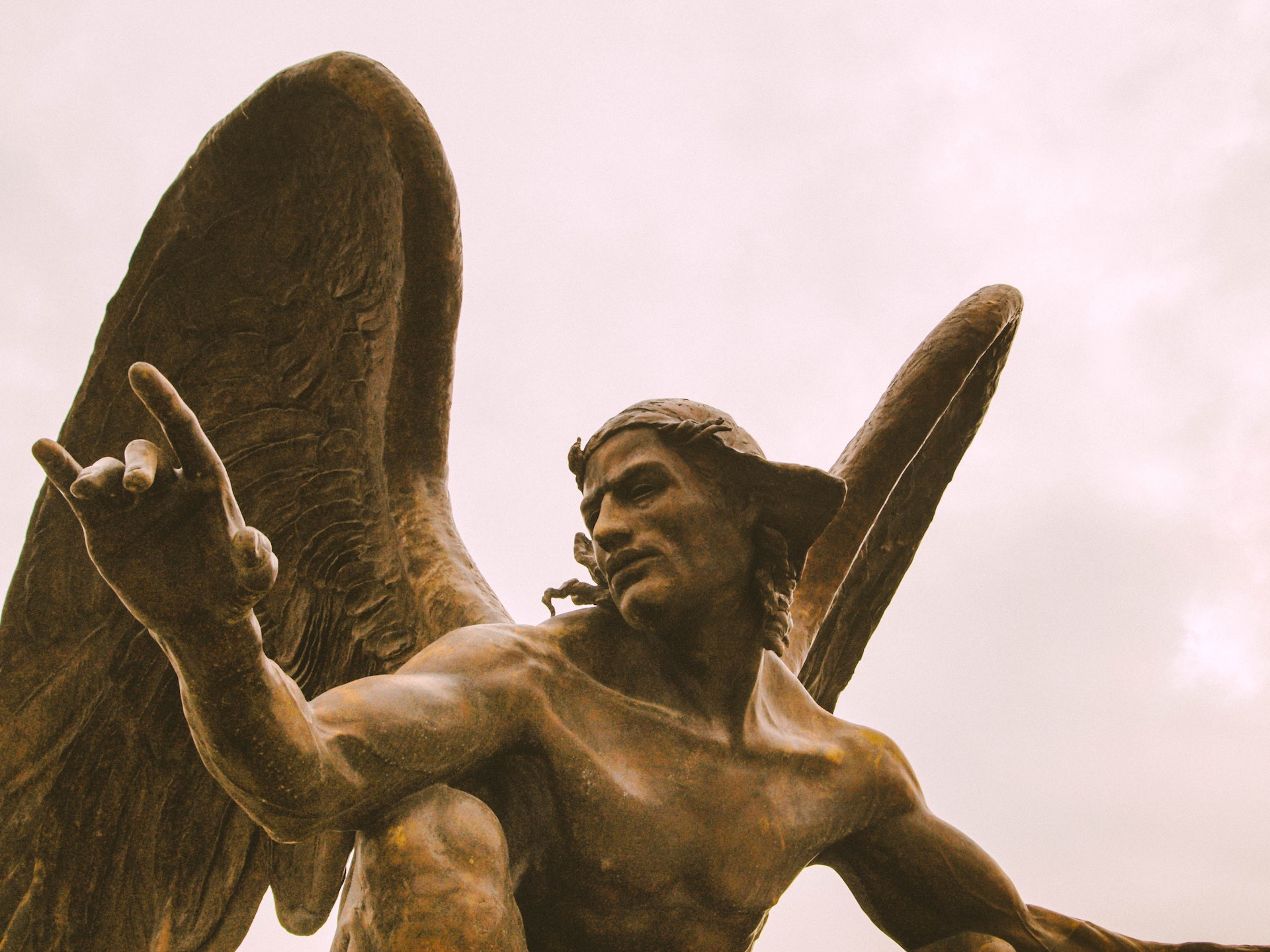 The TV program Unsolved Mysteries presented an extraordinary angel experience resulting from a near-death experience. On November 16, 1993, in a middle class home in Clear Lake, Texas, Deborah Powell’s house was broken into by burglars while her youngest daughter Sarah was there alone from school. Deborah came home and found her daughter hog-tied, her hands tied to her feet and having amnesia. Although she couldn’t remember what happened to her, she was deeply depressed and because of her amnesia, she had to relearn everything all over again.

One month after the crime, Sarah fell down and had what appeared to be a seizure. Sarah was diagnosed with having severe post-traumatic stress disorder and it was during her seizures that the terrifying details of the crime would enter her memory. When the burglars entered the home, Sarah became hysterical. One of the burglars attempted to smother her with a pillow. Fighting for her life, she noticed a tattoo on the burglar who was trying to kill her.

When he realized she had seen his tattoo, he became enraged and struck her in the head. It was at this point that she died and had a near-death experience. The following is the account of her NDE in her own words:

“After I left my body, I found myself waking up underneath a tree in a place that seemed to be the best place that anyone could possibly be. It’s the place I call heaven. It is definitely the place where I want to spend eternity. As I began to look around, I saw a figure approaching me and it turned out to be a good friend of mine. He had passed away four days before. Brian walked up to me and simply explained to me what was happening to me. He said I was going to be okay and that I was going to be spared for a certain reason. I had something to do. He said he had someone to introduce to me. Shortly after, someone else walked up. It was a tall man in a white suit and white top hat who spoke in a British accent.

“He said, ‘I am going to be with you for a long time. I’ve known you all your life and I’ve been your guardian angel all of your life.’

“He said he didn’t want me to be afraid because of what was happening to me. I wasn’t dying. I would have to go back. Then he told me that I was brought there to rest to gain the courage and energy to go on and finish what I’m supposed to finish.

“It seemed like everything then started to kind of fade out and then I was back in my room before I knew it. When I woke up again, my dog was licking me in the face and I didn’t know where I was or who I was or how I got there or why I was tied up.”

Something occurred while in the presence of her psychologist who was making regular visits to Sarah’s home to help her regain her memory.

“My psychologist was trying to calm me down because no one could. I was to the point where I wasn’t even trying to listen to anybody. I was just rocking back and forth and trying to sing to myself. While I was talking to her, a light appeared. It appeared as a circular shape and then came down as a long oval. That was George.

“Immediately, I just stopped crying and Sharon (her psychologist) just seemed to be amazed. She said, “How come you calmed down so quickly?” And I said, “He says I am going to be ok and he is going to take care of me now.”

The guardian angel Sarah met during her near-death experience, who became affectionately known as George, helped in Sarah’s emotional healing and reached out to touch the lives of Sarah’s family and friends.

“I told my mother to sit down. I said I have an angel and he is going to be with me awhile to help us get through this. He says he has been with me a long time since I was a baby. He says that when I was a little kid, I used to laugh at him because he had this big hat that he had to push out of his eyes.”

When Sarah’s mother heard this she started to cry. There was time when Sarah was two or three years old when Sarah would laugh a lot in her room. Her mother would peek in the room and ask what Sarah was laughing at. Sarah would say, “the man with the big hat comes and makes me laugh all the time.” Sarah’s mother even keeps drawings that Sarah created of this “man” who made her laugh as a child.

At this point in her healing, Sarah would frequently receive visitations from George. Sarah would actually be able to see and converse with George even though family members could not see or hear him. Sarah was even able to have George heal her friend who had suffered constantly with various illnesses throughout her life. When Sarah was fully recovered, George prepared her for his departure. George had a message he wanted to leave with Sarah to share with others and he wanted her to write it down. The following is the message:

“You must see that everyone within your reach hears about what happened to you. All of it. You must open their eyes and give them hope. Dedicate your soul to healing people simply by talking and letting everyone know how the world is changing. You’ll begin to get responses. Ideas will come. Solutions to problems will appear and the people will send you letters supporting you. Some people will be negative, but these are the people who will be harder to reach. Don’t let them discourage you. You have proven to be strong and your family as well. I know you can get through this and when you do, you’ll come out even stronger than before. Through your mouth, they will hear, because you are a child – a child of God and a child who can bring hope to God’s people. Please stay peaceful and one with God.” (Sarah Powell’s Guardian Angel)

After receiving this message, George went away and could not be seen by Sarah again. Sarah has this to say about guardian angels:

“I think everybody has their own personal guardian angel. It’s really amazing to think that there’s someone just for me – someone that God sent just for me. That’s what I always think whenever I feel down.”