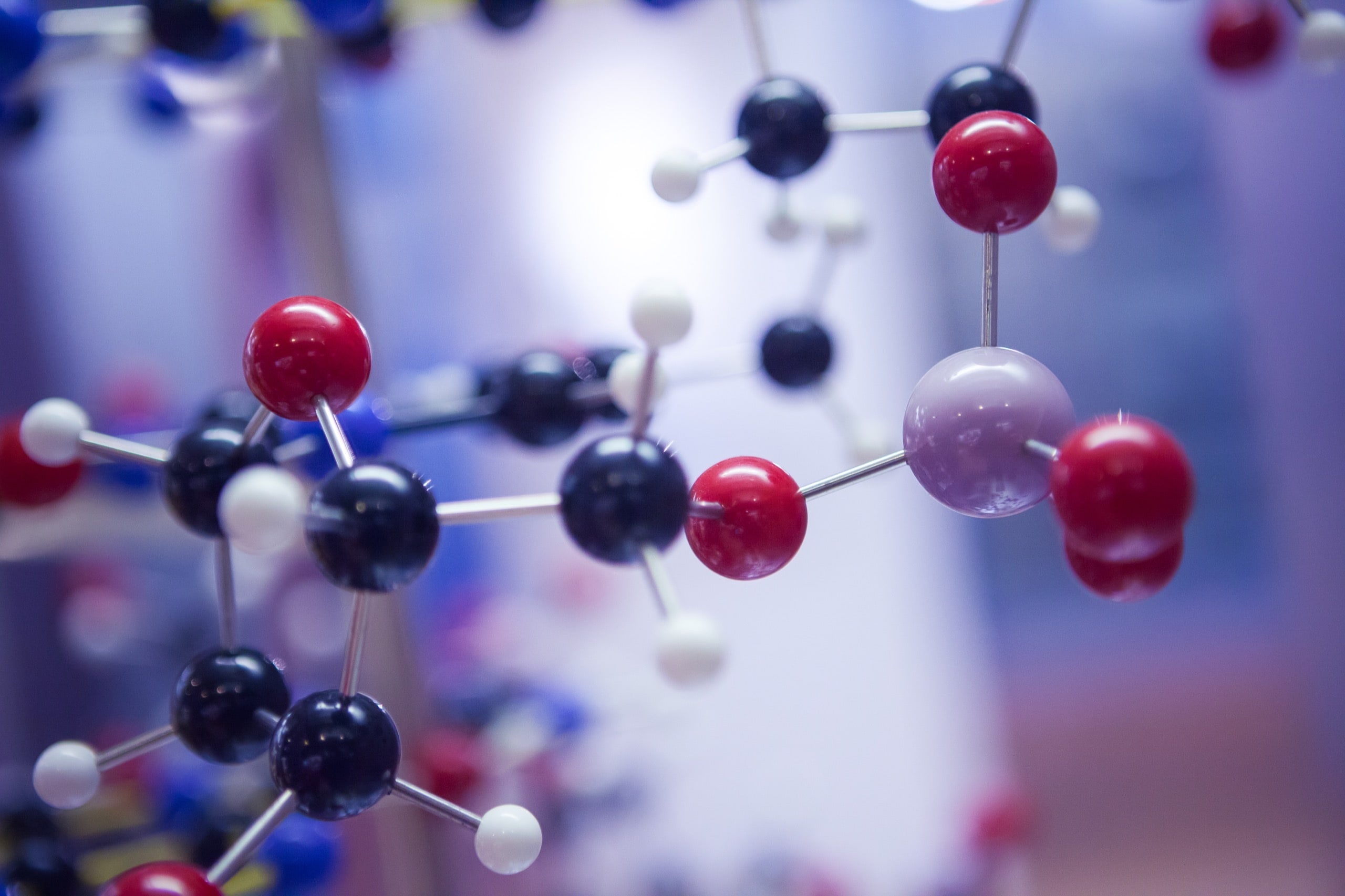 NDEs have never been satisfactorily explained in neurobiological terms. Various theories have been suggested, such as hallucinations caused by a lack of oxygen to the brain, undetected brain activity during the period when the brain appears not to be functioning, the release of endorphins, a psychological “depersonalisation” in response to intense stress, and so on. All of these theories have been found to be problematic. In this article, Dr. Steve Taylor explains how the DMT theory of near-death experiences (NDEs) is problematic.

Steve Taylor, Ph.D. (www.stevenmtaylor.com) is a senior lecturer in psychology at Leeds Beckett University, UK, and he is the current chair of the Transpersonal Psychology Section of the British Psychological Society. His articles and essays have been published in over 100 academic journals, magazines and newspapers; and writes blog articles for both Scientific American and for Psychology Today. Dr. Taylor is the author of several best-selling books on psychology and spirituality including: The Clear Light: Spiritual Reflections and Meditations (2020), Spiritual Science: Why Science Needs Spirituality to Make Sense of the World (2018), The Fall: The Insanity of the Ego in Human History and the Dawning of a New Era (2018), The Leap: The Psychology of Spiritual Awakening (2017), The Calm Center: Reflections and Meditations for Spiritual Awakening (2015), Back to Sanity: Healing the Madness of Our Minds (2012), The Meaning: Poetic and Spiritual Reflections (2012), Out of the Darkness: From Turmoil to Transformation (2011), Waking From Sleep: Why Awakening Experiences Occur and How To Make Them Permanent (2010), and Making Time: Why Time Seems to Pass at Different Speeds and How to Control It (2005). Visit Dr. Taylor’s Amazon Page for more information.

The spiritual teacher Eckhart Tolle has described Dr. Taylor’s work as “an important contribution to the shift in consciousness which is happening on our planet at present.” The following is a reprint by permission of Dr. Taylor’s Psychology Today blog article entitled “Near-Death Experiences and DMT.”

Near-death experiences are one of the most puzzling phenomena in psychology. A near-death experience is when a person appears to be clinically “dead” for a short period — when their heart stops beating, their brain registers no sign of activity, and the other vital signs indicate death — and yet they report a continuation of consciousness. This may happen following a cardiac arrest, for example. For a few seconds or minutes, a person may show no biological signs of life, and yet when they are resuscitated report a series of remarkable experiences.

NDEs have never been satisfactorily explained in neurobiological terms. Various theories have been suggested, such as hallucinations caused by a lack of oxygen to the brain, undetected brain activity during the period when the brain appears not to be functioning, the release of endorphins, a psychological “depersonalisation” in response to intense stress, and so on. All of these theories have been found to be problematic. For example, oxygen deficiency usually results in chaotic hallucinatory experiences and is associated with confusion and memory loss. NDEs are completely unlike this. They are serene, structured, and well-integrated experiences. In theory, in NDEs people could have a very low level of brain activity which is not picked up by EEG machines. On the other hand, it seems very unlikely that such a low level of brain activity could produce such vivid and intense conscious experiences. If there was any conscious experience, it would surely be dim, vague, and confused. In NDEs, by contrast, people often report becoming more alert than normal, with a very clear and intense form of awareness.

Another theory is that NDEs are related to psychedelic chemicals that are naturally produced by the brain. This theory was apparently boosted recently with the release of a paper called “DMT Models the Near-Death Experience” by a team of UK researchers associated with the Psychedelic Research Group at Imperial College London. (In case you don’t know, DMT – short for dimethyltryptamine – is a hallucinogenic, similar to LSD and magic mushrooms.) Aiming to study the apparent similarities between the psychedelic substance and NDEs, the researchers gave both DMT and a placebo to 13 participants, then asked them to complete a scale of the characteristics of NDEs.

The results were reported as showing significant overlap between the two types of experience. As the researchers concluded, “Results revealed significant increases in phenomenological features associated with the NDE, following DMT administration compared to placebo.” This appears to be true, but on closer inspection, the findings of the paper still fall far short of establishing any strong connection between DMT and NDEs.

Of the 16 items in the NDE scale used in the study, nine items showed a high degree of crossover. These included an “unearthly environment,” a sense of peace, heightened senses, harmony/unity, altered time perception, feelings of joy, bright light, and so on. However, all nine of these characteristics are generally associated with spiritual or mystical experiences, rather than just NDEs. It is well known that NDEs have a strong spiritual or mystical element to them, which is partly why they have such a powerful life-changing effect. But NDEs are not just spiritual experiences. And significantly, the seven items in this study with the least crossover between NDEs and DMT were those which differentiate NDEs from standard spiritual experiences. For example, three of the most salient characteristics of NDEs are a feeling of reaching a “border/point of no return,” “encountering deceased/religious spirits,” and a life review. In this study, these were amongst the least reported in DMT experiences.

In view of this, there is no reason to jump to the conclusion that NDEs are associated with DMT. Other researchers — such as Rick Strassman — have suggested that NDEs may be caused by the release of DMT when a person is close to death or in the process of dying. However, there is no evidence that large amounts of DMT are released close to death. It is not even certain that DMT is produced in the human body (although it has been found in the pineal gland of rats).

3. The After-Effects of NDEs

But perhaps one of the strongest arguments against any connection between NDEs and DMT is their after-effects. As I describe in my new book, Spiritual Science, in the great majority of cases, NDEs are powerfully transformative experiences. After them, a person’s values and attitude toward life are completely transformed. People often become less materialistic and more altruistic, less self-oriented and more compassionate. They often feel a new sense of purpose, and their relationships become more authentic and intimate. They report becoming more sensitive to beauty and more appreciative of everyday things. They also typically report a loss of the fear of death.

It’s remarkable that one single experience can have such a profound, long-lasting, transformational effect. This is illustrated by research showing that people who have near-death experiences following suicide attempts very rarely attempt suicide again. This is in stark contrast to the normal pattern — in fact, a previous suicide attempt is usually the strongest predictor of actual suicide.

This is one of the strongest arguments against the idea that NDEs are a brain-generated hallucination. Dreams and hallucinations do not generally have transformational after-effects. They are usually quickly forgotten, with a clear sense that they were delusional experiences, less authentic and reliable than ordinary consciousness. (In contrast, with NDEs there is a clear sense that the experience is more real and authentic than normal consciousness.)

And this applies to DMT experiences, too. There is no doubt that psychedelic experiences such as DMT can sometimes be transformative to some degree. For some, they provide a glimpse of a more expansive and intense reality which makes them realize that their normal view of the world is limited. They may lead to a new interest in spirituality. However, DMT experiences are certainly not transformational to anything like the same degree as NDEs. In a 2012 paper in the Journal of Near-Death Studies, Dr. Michael Potts examined the similarities between NDEs and DMT and also concluded that salient features of NDEs are absent (such as traveling through a tunnel into a transcendent realm or the subsequent reporting of events witnessed during the experience). But most notably, in Potts’ view, DMT lacked the powerful transformative after-effects of NDEs. He concluded that in NDEs permanent change is the rule rather than the exception, whereas it is the exception rather than the rule with DMT.

One of the team of researchers who carried out the DMT study I have described here concluded that “these findings are important as they remind us that NDEs occur because of significant changes in the way the brain is working, not because of something beyond the brain.” However, this conclusion is unwarranted. This study provides little evidence that NDEs occur due to significant changes in the brain, so the jury is still out. In my view, the idea that NDEs are due to something “beyond the brain” is still a very viable possibility. As I suggest in Spiritual Science, there is a powerful argument in favor of the idea that consciousness is fundamental to the universe rather than just produced by the human brain. As a result, there are some circumstances in which consciousness can continue independently of the brain.