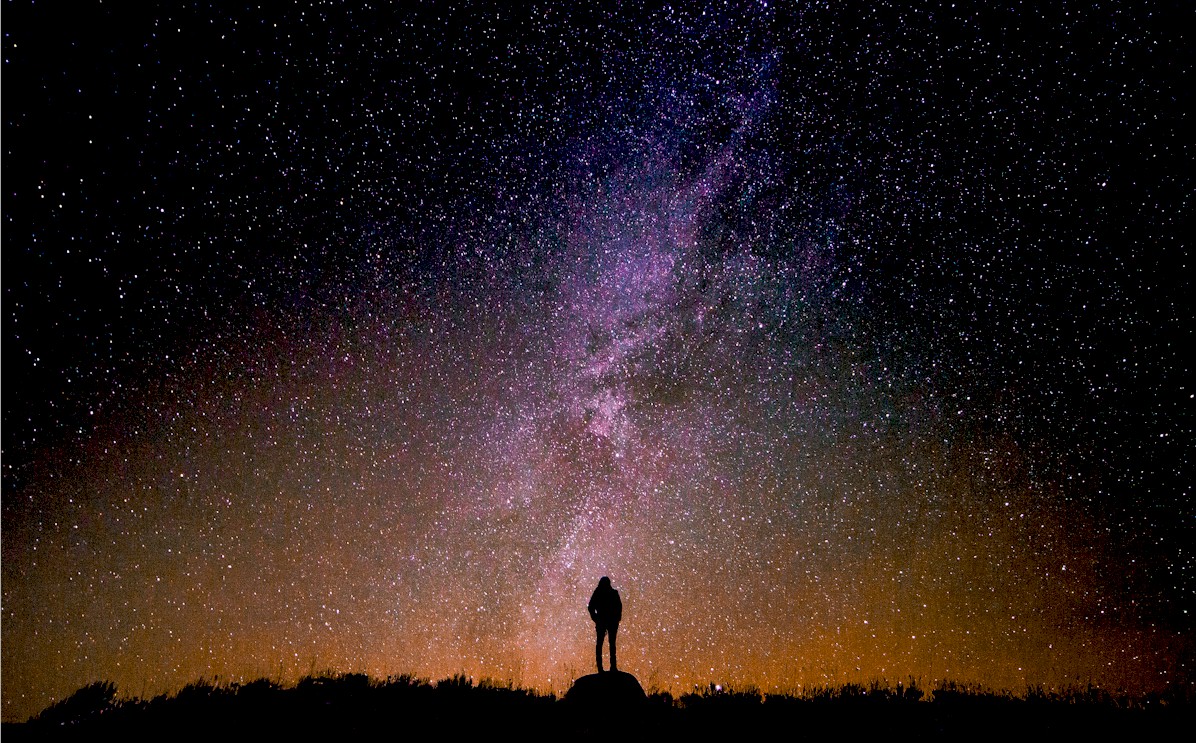 Tiffany Snow (www.TiffanySnow.com) came from a very strict religious background and never believed in the supernatural. But that all changed when a sudden and profound NDE brought her before God in heaven where she was given knowledge and love beyond understanding. Tiffany says, “The best thing that happened in my life was almost losing it.” At the time, Tiffany was a successful songwriter and record producer in Nashville when lightning struck her and almost took her life. It resulted in a profound NDE where she received the gifts of healing and psychic ability. She discovered her mission in life is to heal, teach, and help others manifest their God-given gifts with power and love in their own lives.

Tiffany sees the lightning strike that almost killed her as divine intervention because of the divine gifts she received which she uses to help others. She has used her psychic gifts in working with the FBI regarding the September 11 terrorist attacks. Her psychic abilities were also utilized for a nationally publicized child abduction case. Today she serves as an ordained minister, a Divine Healing practitioner (Christian prayer combined with hands-on-healing), a Reiki Master, teacher, and author of three books, “Forward From the Mind: Distant Healing, Bilocation, Medical Intuition & Prayer in a Quantum World“, “Psychic Gifts in the Christian Life – Tools to Connect” and “The Power of Divine: A Healer’s Guide – Tapping Into The Miracle.” Her NDE testimony was filmed in a TV docu-drama aired on PAX in spring of 2004.

She has been called a modern-day mystic but she simply refers to herself “a worker for the Big Guy.” She also continues to write songs and produce records. Concerning how to develop your God-given gifts, Tiffany says, “It’s all about learning to yield, and loving the Giver, instead of just the gifts; then He will give you both in unconditional love. We all have gifts!”

The following is a high-level overview of her NDE and the events surrounding it in Tiffany’s own words found in her book, “Psychic Gifts in the Christian Life – Tools to Connect.”

The last thing I remember about the strike itself was doing an uncontrollable electrical dance as my muscles spasmed and contorted this way and that. I felt no pain. In that split second, I remembered that electrical shocks often stop the heart; so I pivoted around and pushed my chest against the corner of the truck parked there, thinking to start it again. Before I could even put any weight against it, my eyesight narrowed and I felt my body slowly slide down the bumper onto the wet earth; and all went black…

I found myself standing on nothing, way up in the universe, and there were distant colorful planets all around me. I could see misty pinpoints of stars through my right arm, and when I moved my arm back and forth it made the stars look wiggly, like a reflection on agitated water. I felt dizzy. I had a sense of being able to see not only in front of me, but all around me at the same time. Floating just a few feet from me, I saw a man with a spirit body just like mine (no wings), though he was short and had slanted eyes. He spoke to me with a voice that I heard inside my own head, saying: “Don’t be afraid, it’s okay.”

On the other side of me, another spirit person, this one much taller and with chiseled facial features (again no wings), nodded approvingly at me. All the while, we were moving with great speed toward a great ellipsed ball of spinning light; it was brilliantly white in the middle and yellowish on the outside edges. The closer we got to it, the more I felt overwhelming Love; it seemed so warm and comforting, it encompassed my very being … like the security of a favorite grandfather’s arms wrapped around a child as he crawls up onto his lap.

We stopped. The bright light was still far from me. I wanted to go on, I felt like a magnet, irresistibly drawn. The desire to “blend” had grown stronger the closer we got. I knew it was the very Presence of God himself.

Why had we stopped? As I stood there confused, yearning toward the Great Almighty beyond my reach, a glowing luminousness appeared in front of me. A Divine Presence was here!

A gentle voice called out from this realm of golden sparkles massed brilliantly in front of me – “What Have You Learned?” he asked, in a nondiscriminatory and non-accusing way. The voice was so soft and tender, yet the presence of Divine Authority was there; I knew that it was the voice of God’s own son, the empowered Jesus Christ.

Then – all of a sudden, life events unfolded before my very eyes. Key moments where I showed anger, and where I showed love, appeared like a movie. I could feel the anger and hurt of the other person whenever I had been mean; and I also felt the anger as it rippled on through to others. I had never before faced the horrid deepness of my own sins. Then, where I showed love to people, I felt that too. How very much further that rippled out from person to person, as a warm pulse triggering cause and effect in all things that were wonderful and blessed…I had never before experienced such joy!

Then the presence of Jesus said, “The Flesh Is The Test Of The Spirit … Love Each Other.” Words of wisdom imparted to me! I felt overwhelmed with love, and so privileged.

I wanted to stay! I wanted to join myself with God’s swirling life force, His Essence, His Heaven, was just beyond the presence of Jesus! But, I wasn’t allowed to go any farther. I wanted to go to God! I wanted to feel more Love!

“Why can’t I be with You now Father? Please, Abba, Please!”

I listened as hard as I could listen, waiting for His Words. Then, just on the outside of my understanding, I faintly heard voices singing the most beautiful melody I had ever heard in my whole life. I felt a “knowing” that these were the blessed voices of angels and those joined with God, and came from His Swirling Presence.

I knew it was praise for The Father, but I just couldn’t make out what the words were saying. I felt so sad … I knew I was supposed to go back to the earth. I knew I had to make a “better movie.” I wanted to stay. But, there and then, I vowed to be a vessel to do only His Will, if he could use me. I absolutely gave myself to him. His Will, not my own, would govern the rest of my life. If he could use this broken piece of clay from the earth, it was all his. I totally dedicated myself and surrendered all desires. Instantly, I felt a child-like sense of wonderment as a warm flood of bliss and peace overpowered me, and a warm tingling sensation filled me to my very toes. What was happening to me?

Again the spirit on my right side talked inside my head, and while I floated there before the Christ Consciousness, the very Presence of Jesus, the spirit told me something that I didn’t at all understand: “Welcome to the world of healers,” he said. This was a shock – I had no idea what that meant. At this point the Christ Consciousness of Jesus sparkled and faded away and the stars and space behind his glowing features were visible once again. Such effervescent beauty and colors twinkled around me, like being in the midst of a sparkling aurora borealis! So many shapes of heavenly bodies transfixed in the cosmos, all unique and necessary, all untold distances away. Yet they felt so close that it seemed I could reach out and pluck them out of the sky, and carry them home cupped in my hands.

Then the slant-eyed spirit went on and answered the many questions I was having about this experience. He then pointed out different stars, planets, distant colorful swirling lights of all kinds, and gave me names for all of them. Then he gave me answers to thousands of questions that I never had questions for! Reams of information seemed to be exploding in my brain, like an empty library suddenly being realized! Details flooded my being about many wonderful and sacred things. I wondered: were these things newly learned, or just remembered?

Most of this information I am still trying to integrate and understand. It is almost like trying to learn another language without being given the basic alphabet for it. So, at this point, these are deeper things I have told no one, and keep only to myself. Often, when in prayer to the Father I will ask him to further my understanding on these matters, yet I get the distinct feeling that true understanding will only be revealed on a “need to know” basis. However, for some reason a seed was planted within me. I do know some of this information came through as I was writing this book. There are things in here that I never knew that I knew!

I must remember that everything he does is for the Highest Good, always happens in the Perfect Time for it, and that it is His Will, not ever mine or anyone else’s, that matters. His is Perfect, Love Personified! I am just a sinful (but forgiven), impatient person! But, for some reason a groundwork has been laid within me. I know that if he wants me to share this information later on, he will tell me, and give me the reasoning ability to articulate and understand it.

The spirit who was speaking to me did not offer his name, and I did not ask. I wanted to be careful to show homage only to the True God and Christ, not to any one else. I then felt myself sinking, as if falling through a bed. I was being pulled back.

With that, I woke up, my husband shaking me by the shoulders. Somehow my physical body was now lying on the front seat of the truck, although I had left it out in the mud. Three hours had passed since I had gone from the house to the tractor shed. The storm had passed, but left evidence that at least three other strikes had occurred on the pasture, besides the one that struck me. 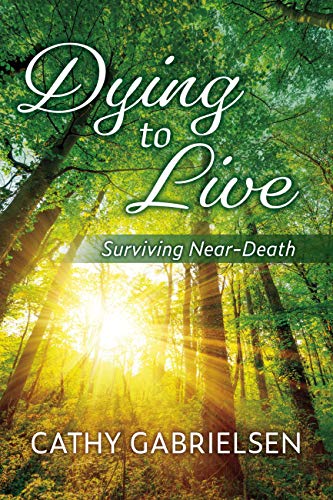 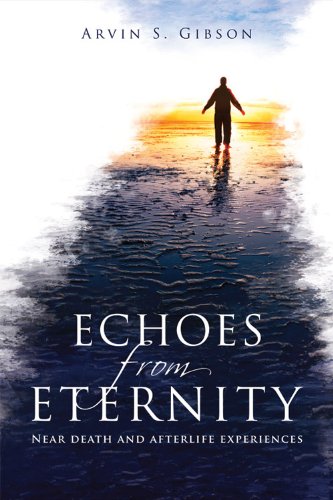 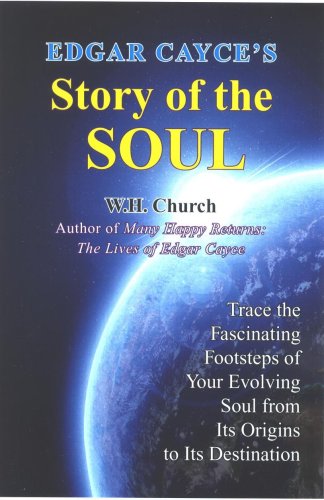 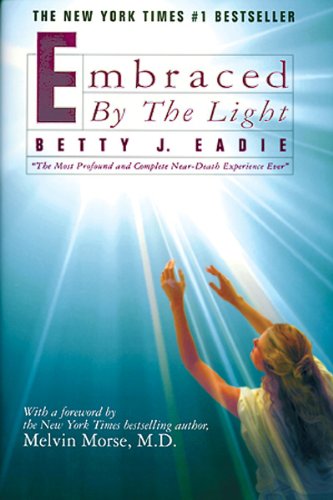