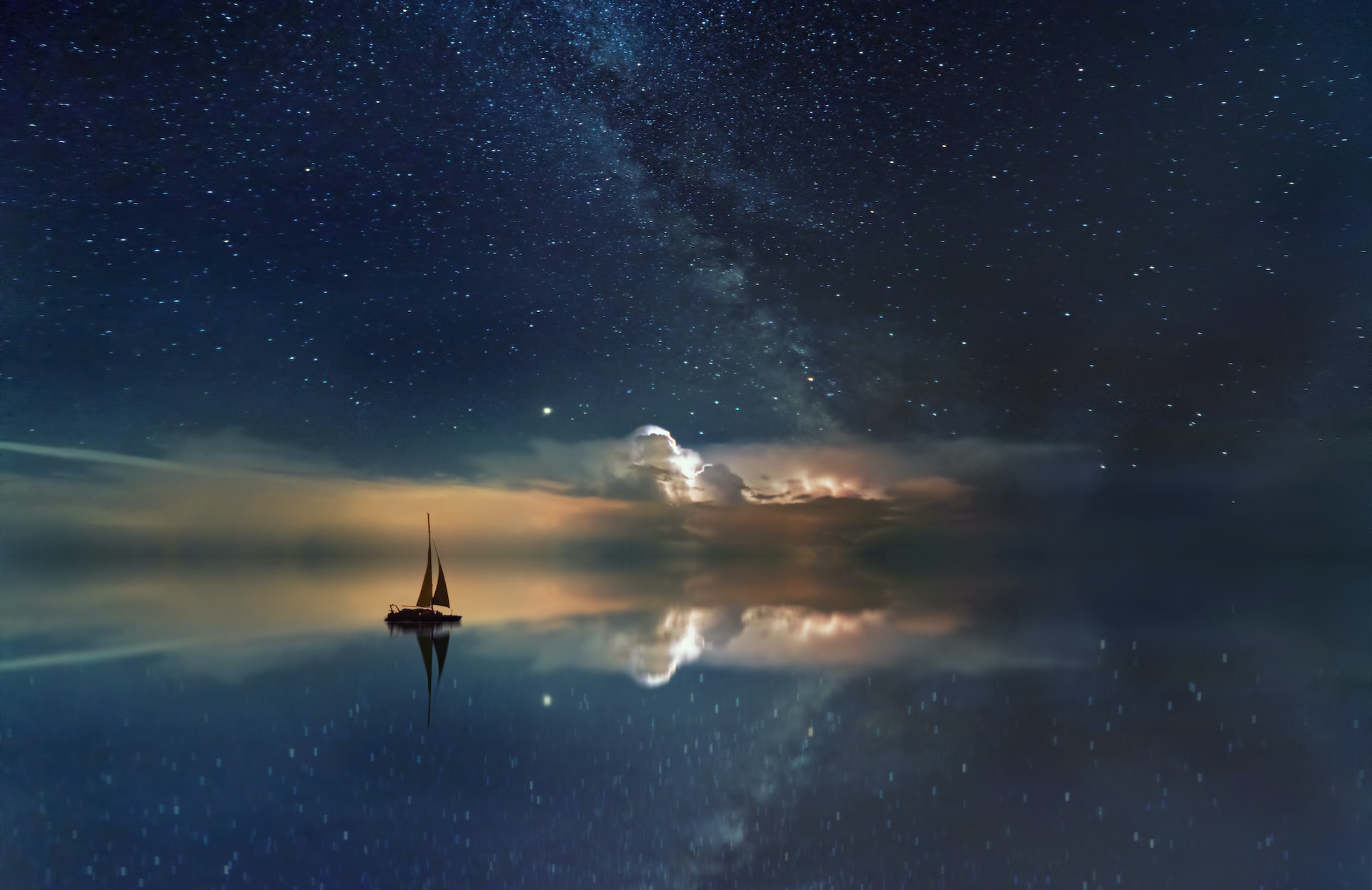 The following is Dana’s dream premonitions sent to Kevin Williams by email.

I’m Dana and I have an interesting journey to share, but right off I have to say that I have not had a near-death experience. What have been occurring with me over the years are spiritual experiences through vision/dreams.

Two weeks before 9/11, I dreamt that our country was invaded by Arabs.

Last summer I had such a scary dream of war that I think I’ve stopped dreaming of the subject anymore since I find it too disturbing.

A vision of another nature was so profound for me that I think of it often. In the first part of my dream I had died and was now in spirit form. I love being on the other side in dreams. I was with a familiar being, a monk type being dressed in brown with a hood, I never see a face. The being has me, as a spirit, become one with God. And suddenly I am immersed in this feeling of not only being Godlike but being one with all things and the feeling is so powerful. Everything I touch is energized, healed or blossoming. It was so powerful and I was aware of how much power I had that I remember thinking of a comment someone in human reality had said. “When I do my healing work I get out of the way.” But in this vision I realized that there was no getting out of the way, your whole being, ego, etc, is immersed in the oneness. Then I stepped out of the oneness God state and was in spirit form again and felt how far I had to go to be in that oneness God state. Then I woke up from this vision/dream and immediately saw how in the awakened state we are one with all experience and that in the human state all experience is interpreted through the mind and in the spirit state you can be somewhere in between.

Another profound dream for me was during the month of Dec. 1999, just before Y2K. I dreamt of these overwhelmingly beautiful beings of light that came to me and in a non-threatening manner eased my spinal cord out of my back and slipped it into their color essences and then put it back and I immediately awoke to the thought, “Stay tuned to our channel, don’t go to bed stressed about Y2K or such mass fears.” The colors of the beings were a light, medium brilliant blue, a soft opal white and the color of water when the sun reflects off it.

Two other times in my life the beings have visited and my response is bliss and ecstasy. Once in a dream, when I was so stressed about the security of my career, the beings awoke me with that blissful feeling and said in my mind, “Don’t worry, Dana, you work for us, not the resort.” I wish I could say that I’ve maintained a state of calmness after such reassurance, but I still have to work hard at trust and relaxation.

Another vision was one that happened when I was only 19 and was really emotionally challenging my Catholic upbringing and the beliefs I was taught to believe. I had a rather rebellious attitude as I challenged the Church and then I had a vision while awake not sleeping. Suddenly I saw my brown robed monk spirit guide, I think it was my first awareness experience of him and together we were opening the gates of heaven. A flood of people in an enormous frenzy were rushing through the gates of Heaven and the spirit guide looked at me, though I never saw a face, and said, “Have compassion for those who believe this is the only way to heaven.” I was so touched by that, because the word “compassion” was not in my list of normal word usage at 19 years old and I felt the wisdom of such a concept. There was no right or wrong, just understanding and acceptance of others and the okay feeling of challenging the Church but without condemnation.

A few years later, another very important dream was about suicide. In my physical life, depression or wishing I wasn’t human was a common feeling, so then I had a dream that I committed suicide through an overdose of something. As I saw and felt myself leave my body, I saw my four-year-old daughter who was so angry at me for dying and I heard her say, “Thanks a lot, Mom, I came here to be with you.” So, already feeling pretty bad, my next scene is on a boat, kind of like a whalers boat, long and narrow, filled with other passing souls and that brown robed monk guide was with me and suddenly the waves get very large and I’m scared and look at the monk asking, “Do I have to die again?” I don’t hear an answer but feel an affirmative implied, with the statement, “You have to face your fears.” I felt so bad about the first death that I pulled myself awake and was clutching my pillow and so glad it was a dream/vision and I’ve never fantasized about suicide again.

I am so grateful for dreams and visions and am so dependent upon my subconscious to give me the information I need to understand myself. I think I’ve been facing deep seated fears for a long time. When I dreamt of 9/11, I didn’t see it as a premonition since in my dream my fear of torture was triggered. A few years ago I dreamt of a tidal wave coming right toward me with a black scary creature coming out of the wave. The fear I awoke with was so similar to childhood fears that I knew that I now have to somehow face these fears. Once, in regard to the black creature, I dreamt that I fell off a cliff and as my spirit rose there was on that cliff a black creature that scared me so much I woke up.

What I believe about the dreams is that even in death there is no escape and that the black creature is a part of me that I’m so afraid of but need to integrate. Each time I dream this type of dream the intensity of emotion is opening the door, because that is how deep fears are stuck and how to keep them free is by facing the intensity of emotion. At least that’s how it has been working for me. The fears when they are faced become light and a new level of light power emanates from you. In the most recent tidal wave dream I was safely observing someone surfing, and that gave me a better feeling and I do believe the black creature was my childhood fear that I was avoiding and it was trying to come home to me.

Through all this I have developed intuitive/psychic abilities. My gifts are used to help people see how their subconscious thought patterns and dualities (inner power struggles) create reality. I love working with NDErs because they have such an opening to begin with, but I’ve noticed that they still have to integrate their light experience with the old mental programming. I assist in accelerating that process.

Years ago PMH Atwater said something to me in a reading that was so helpful. She said, “Dana, you do some kind of unusual work at a soul level, you need to define it.” At that time I was so blocked because I couldn’t market myself, but the word “define” had a whole new meaning. Now I work at a world class resort helping people change how they are motivated at the subconscious level, from their fear or from their higher self. I want to be part of a workshop team of NDErs that are creating intensives for personal growth beyond the inspirational lectures. 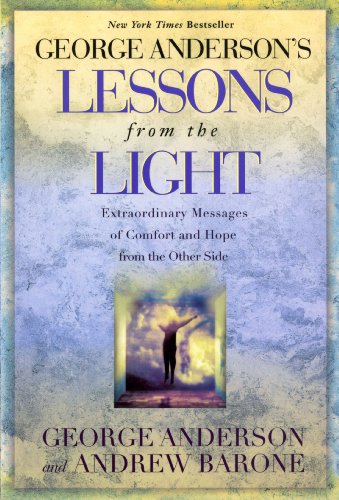 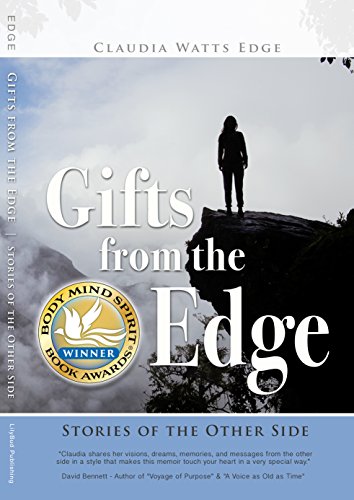 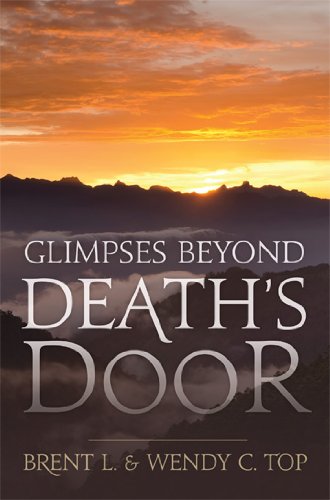