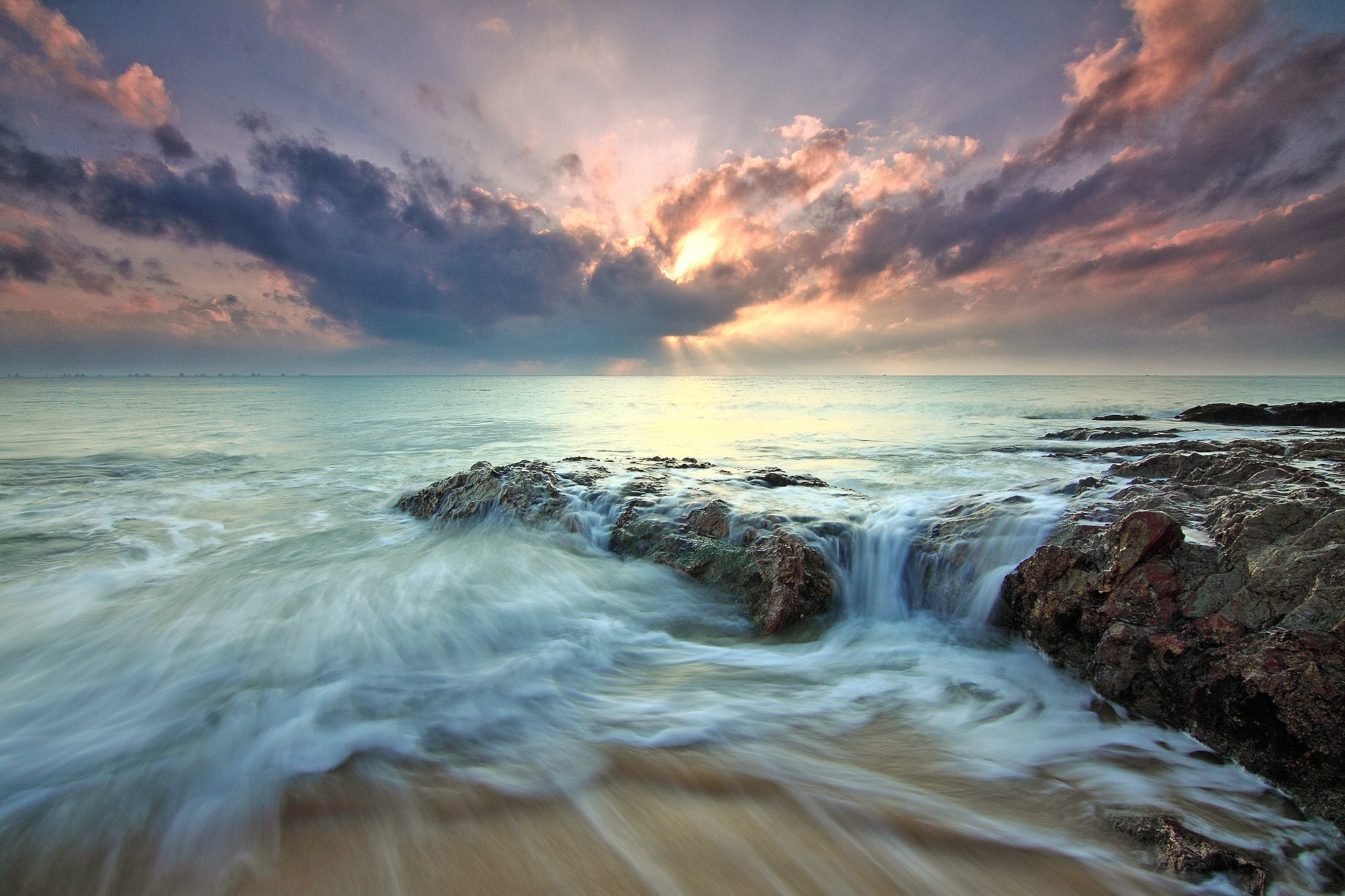 Clinical psychologist and author Liz Dale is asking anyone — but especially those in the LGBT community — who has had a near-death experience (NDE) to participate in an online survey regarding the experience and its consequences. Survey results will inform a groundbreaking study and a new book to be published by Balboa Press, a division of Hay House. The survey is live now at www.lizdale.org/survey.html. Dale’s official site (www.lizdale.org) has become an important resource for those with academic or personal interests in the NDE phenomenon. It includes access to links to LGBT-focused articles on Amazon and Wikipedia, among other information repositories. Dale anticipates that her new survey will make important contributions to the literature, as well as pave the way for future investigations. The forthcoming book on NDE aftereffects will not be Dale’s first; in 2000, she published “Crossing Over and Coming Home: Twenty-One Authors Discuss the Gay NDE as Spiritual Transformation,” an excerpt from her book in this article captures the essence of this research and the intensely personal and profound nature of the stories people have shared with her. The International Association for Near Death Studies (IANDS) is sponsoring a complementary NDE study. Interested parties can learn more at their website.

Immediately after the impact from falling forward onto the metal grating, I felt myself floating up, out of my body, and hovering above my body and all the people who were watching it, and who seemed paralyzed by shock and horror at what had happened. I think they pretty much assumed that I was dead. I remember looking down and seeing my body three-dimensionally for the first time. And it was such a shock, because we never see ourselves except in a one-dimensional mirror reflection, or a photograph. But I felt no pain at all; I felt completely whole and free, and I thought, “This is who I really am.”

I saw my physical body, all crumpled and bloody and lifeless; and this enormous wave of compassion washed over me and I wanted to tell all of the bystanders that everything was going to be OK and not to be sad or alarmed.

Then suddenly I felt myself being pulled, literally at the speed of light, farther from the physical Earth, and I saw all of the people on the planet simultaneously in that one moment. I saw people in China and Sweden and Uruguay; I saw people sleeping and dreaming; I saw people preparing food in their homes and in restaurants; people traveling in all manner of transportation, to and from work and school and appointments; I saw children playing together, and bankers and teachers and factory workers at their jobs. I saw mothers giving birth to children, which was especially beautiful and moving to me.

I saw people in hospitals and prisons, mental institutions and nursing homes and orphanages who felt desperately alone and abandoned and afraid. And I saw people painting pictures and planting gardens; writing stories and composing music, and people dancing.

I saw people praying in mosques and temples, synagogues, and churches; and people individually expressing their own silent prayers. I saw indigenous tribes in all different parts of the world drumming and chanting. And God was sending multitudes of angels to the Earth, to assist in answering all of the countless, millions of prayers being offered up at that single moment.

As I seemed to move further into the light, I saw the Earth as though from outer space. It was like a beautiful, shimmering blue and green jewel floating in the cosmos. As I moved closer I saw that the Earth was vibrating and pulsating, as though it was a living, breathing entity and not just some physical mass.

And I thought, “This is Mother Earth; this is our Divine Mother.”

But as I looked even closer, I saw that there were terrible wounds and sores on different parts of her body, and that she was gasping for breath, and calling out to God and to her children to stop the killing and destruction and hatefulness – that she was dying and praying for all of us to help her to heal and regenerate. Again I felt overwhelmed by feelings of sadness and compassion, and I desired to hold Mother Earth in my arms – to whisper words of love and hope.

I remember that a part of me felt frustrated and powerless to actually do anything of value – just as I have often felt in my physical body. Yet another part of me felt completely powerful, as though there was nothing that I couldn’t accomplish.

At that moment I asked God, “What do you want me to do?”

And the answer that came to me was that I had to go back into my physical body in order to complete certain goals that had already been set into motion.

And I thought, “But I can’t go back because my body is too far gone, it’s beyond repair.”

And I was also afraid that I could never accomplish, with all of my physical limitations, all that I could do as a spirit form, which felt so free and unencumbered.

I remember feeling angry and fearful about going back, after being in all of this light – to have to go back to the darkness. And then I felt the presence of Jesus Christ all around me. The feeling of love was completely overwhelming. I felt as though I was swimming in an ocean of ecstasy.

And I asked him, “Do I really have to go back?”

And his answer was that I was a part of God’s divine plan, as is every person, and that my ultimate purpose is to love and serve God and all sentient beings. And I could tell that he understood all of my fear and doubt. And he assured me that I would heal and recover, but that it would be a lifelong process; and that I did have the power within me, only I didn’t realize it until now, and that all I had to do was to ask for the courage and strength to persevere in my life and in my work. This particular information held enormous value for me, as I had often questioned whether I would ever really find a place in the world – having always been somewhat of an outsider – a place where my passionate concern regarding so many compelling modern issues could somehow take solid form, and that I could hopefully make even a small difference.

Then Christ said that he would send me guardian angels to aid me in my healing, and to guide and protect me. Then the light became even brighter, and suddenly there were angels everywhere, playing the most transcendentally beautiful music, and singing “Hosanna!” and hymns of praise to God. And some of the angels were crying, which I didn’t understand. And Jesus said that the angels were weeping tears of joy for my new life on Earth and that they were also expressing compassion for the hardship I would endure for the rest of my earthly existence. And he said that he had summoned the angels to guide me on my journey back to the Earth, and to my physical body. I remember feeling so grateful that Christ was there to help me try and understand everything that was happening. I also remember feeling that I wasn’t afraid anymore; that no one could ever hurt me again. And that I would try my best every day to serve God’s will.

I awakened to find two men kneeling over me, with expressions of apprehension and concern on both their faces. For some reason I felt that they might be gay men. They both looked to be in their thirties. I couldn’t help but notice how handsome they both were, and that they were beautifully dressed in what appeared to be very expensive business clothes. I remember thinking that they might be some kind of executives working for a corporation, which in fact is exactly what they turned out to be. One of the men obviously had some type of first aid training, and had monitored my vital signs. They informed me that an ambulance was on its way and to try to remain still and not speak, which was easy to do, considering the extent of my injuries. They had both taken off their jackets and laid them over me, and I was horrified to discover that the jackets were covered with blood and completely ruined. I remember feeling embarrassed, and yet enormously grateful for the kindness of these two strangers. Their entire presence was completely warm and comforting, and I felt strangely safe and protected.

They waited alongside me until the ambulance came, and then arrived at the hospital to make sure that I was properly attended to. They visited me in the hospital on two separate occasions. I made a somewhat feeble offer to replace their ruined clothes, but they simply laughed it off, and insisted that the only thing that mattered was that I was alive and more or less in one piece. Again their mere presence filled me with a sense of hope and courage. I felt very strongly that both men symbolized what would prove to be a succession of “angels” that Christ had promised to send me. This, in fact, turned out to be truer than I could possibly have imagined.