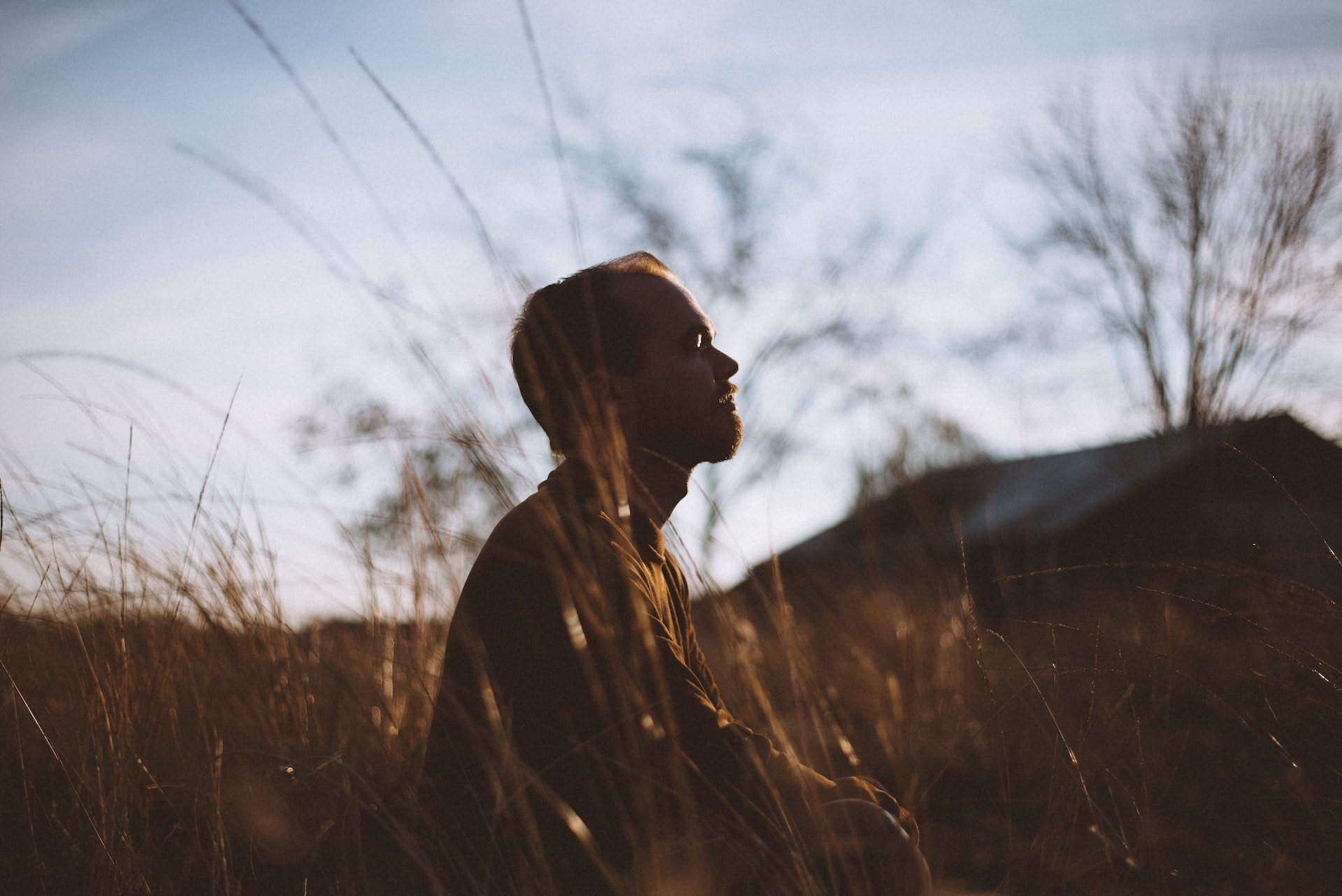 Dr. Kenneth Ring, in his book, Life at Death, analyzed the near-death experiences of 24 people who attempted suicide. Among them, no one reported the tunnel phenomenon, or saw a brilliant but comforting light, or encountered a presence, or was temporarily reunited with loved ones who had died, or entered into a transcendent world of heavenly beauty. Instead, the suicide-related NDE tended to be truncated, aborted, and damped down. It began with a feeling of relief or peace and continued with a sense of bodily detachment to the same degree as non-suicide-related NDEs. But it tended to end, if it got this far at all, with a feeling of confused drifting in a dark or murky void – a sort of twilight zone. Dr. Ring’s research strongly suggests that the suicide-related NDE does not reach completion; instead, it tends simply to fade out before the transcendent elements characteristic of non-suicide related NDEs make their appearance. The following are excerpts from Dr. Ring’s research into suicide from his book Life at Death.

One young man tried to kill himself by taking an assortment of pills – Librium, Demerol, Valium, Dilantin. As a result of this ingestion, he remained unconscious for four days. He remembers finding himself in a gray area:

Young man:  “The only thing that I can remember about this is just grayness. Like I was in gray water or something. I couldn’t really see anything. I couldn’t see myself there, either. It was just like my mind was there. And no body.”

While the young man was in this state, he said he felt good:

Young man:  “Normally, I’m a very anxious, a very nervous person – a lot of fears and things like that. And during this, all the fear was gone. I had no fear whatsoever. Almost an adventurous feeling. Excitement.”

Dr. Kenneth Ring:  “Did you want to stay in that condition?”

Young man:  “Yeah,” the young man replied, “It was a very good feeling.”

He also was aware of music:

Dr. Kenneth Ring:  “Do you recall how the music made you feel?”

Young man:  “It made me relaxed. The fears went away when I listened to it. Again, the feeling of hope, that there’s something better somewhere else.”

He also reported that everything, including the music, sounded “hollow and metallic – echoey” and that these acoustical sensations were associated with the watery grayness. He felt the grayness going through him, filling him and this felt good to him. After a while, he became aware of a voice:

Dr. Kenneth Ring:  “Do you recall now what she said to you?”

Young man:  “No. I just remember that it was a soothing voice. I kind of remember that with the grayness — her voice kind of calling, my moving toward it.”

Dr. Kenneth Ring:  “This was a friendly voice, a reassuring voice in some way?”

Young man:  “Yeah. Right. Like that was the place to be.”

The young man tried to get to where the voice was:

Young man:  “It seemed like I kept trying to get to where the voice was, but something was holding me back. I know I wanted to be there; I knew once I was there everything would be fine. I was sure of this. No question about it. But there was still like something holding me back from getting there.”

During his experience he had seen images of people he knew. These people somehow seemed to represent the possibility of a good life; they seemed to care. He described this as “like playing back a recording of my life.” The issue was joined:

Young man:  “It felt like the woman’s [voice] was stronger. I wanted to get there but there was just some part of me that wanted to (pause) go back with these images.”

Young man:  “The thing I remember most is a falling feeling. Like I was coming down really fast and then hit. And then I woke up with a jolt.”

Young man:  “When I woke up, the first thing I thought was Oh, God. Thank you. I made it, and I was extremely happy. (He had been severely depressed before his suicide attempt.) I was just sitting there thinking about it and I felt this – I don’t know – warmth filling my body. I was very happy, very excited, but then (pause) it was more than contented – it was rapture, I guess. But I couldn’t explain it to anybody at the time. It was just beyond words.”

This testimony sums up the essential features of his experience. In the course of his interview, he also indicated that although he never clearly saw his physical body on the bed, he did have a sense of bodily detachment and felt he had no weight at all — he was just pure mind. Neither did he have any sense of time. When he momentarily returned to body consciousness (before drifting back into the grayness), he found the sensory world greatly enhanced — the colors were clearer and more vibrant. The only thing scary about his experience was his fear (which was eventually vanquished) of returning to his body. His experience in the grayness was decidedly pleasant and, judging from its immediate aftereffect, very positive and powerful in its emotional impact.

This particular experience includes many features that are common with non-suicide attempt experiences: drifting through a vast space, feeling good, hearing music and a comforting voice, hearing sounds magnified, seeing a series of flashbacks of one’s life, and so forth.

In Dr. Kenneth Ring’s study, he found that no one who had attempted suicide reported that it was predominately unpleasant. The only possible exception is that a few people did describe some unsettling hallucinatory images, but these appear to have been qualitatively different from the feeling-tone of non-suicidal experiences. Certainly, no one felt that he was either in or was on his way to hell. This is not to say that suicide attempts never lead to unpleasant experiences, only that there is no strong evidence for this proposition among the 24 suicide NDEs in Dr. Ring’s study.

Dr. Ring draws six conclusions from his study into suicide near-death experiences and identifies five stages of the NDE: (1) peace, (2) body separation, (3) entering the darkness, (4) seeing the light, and (5) entering the light:

The evidence bearing on the qualitative aspects of suicide-induced near-death experiences is clearly complex, but it leads to a number of interesting conclusions:

First, the descriptions from our suicide attempters tend, relative to other categories, to be weakest in core experience elements: No recall is greatest here, and when experiences do occur, they do not penetrate beyond stage 3 (entering the darkness or void).

Second, there are, however, a number of factors that make the suicide attempters noncomparable to other respondents in such a way as to lower the likelihood of the occurrence of core experiences.

Third, therefore, the data on qualitative aspects of suicide-related experiences are ambiguous and inconclusive.

Fourth, nevertheless, some evidence suggests that certain transcendent features associated with the core experience may occur in suicide attempts, although these features may manifest themselves in distinctive ways.

Fifth, when recall exists, the suicide-related death experience tends to be reported as predominantly pleasant.

Can these six conclusions themselves be interpreted to point to a general conclusion? Probably not – our data are simply too fragmentary and contaminated to warrant any single conclusion. However, I want to offer my own opinion here in the hope that it might lead to further research that will eliminate some of the ambiguity surrounding this issue. If the offending factors could be eliminated or sufficiently reduced to provide comparability among conditions, I would speculate that the initial stages of the core experience would be invariant across modes of near-death onset. I would also hypothesize, however, that there would come a point when the suicide-induced experience would begin to show a distinctive qualitative difference. This would, according to my view, come during the decision-making phase, when there would be no hint of transcendent glory (for example, the light phenomenon) or of immediate reunion with loved ones. If an individual were to pass beyond this stage, either because he was, in some sense, “permitted to” or because his suicide attempt was successful, I am tempted to believe that the admonitions expressed at the end of this section might prove warranted. This aspect of my opinion can, of course, never be evaluated scientifically, but its other components could be in an adequately designed study. If such an investigation were undertaken, it might not only be able to resolve some of the empirical issues, but it would also furnish us with a more extensive basis from which to extrapolate the later stages of the core experience when it is induced by suicide. 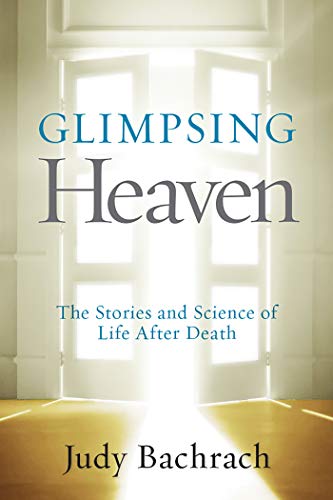 Glimpsing Heaven: The Stories and Science of Life After Death
Judy Bachrach
Buy on Amazon

Glimpsing Heaven: The Stories and Science of Life After Death
Judy Bachrach
Buy on Amazon 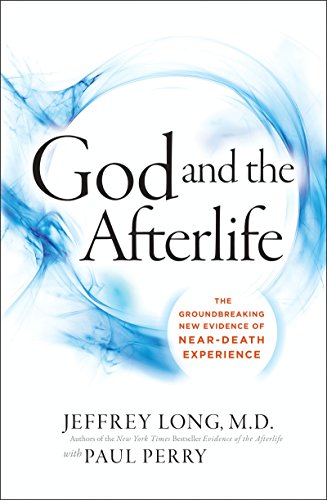 God and the Afterlife: The Groundbreaking New Evidence for God and Near-Death Experience
Jeffrey Long
Buy on Amazon 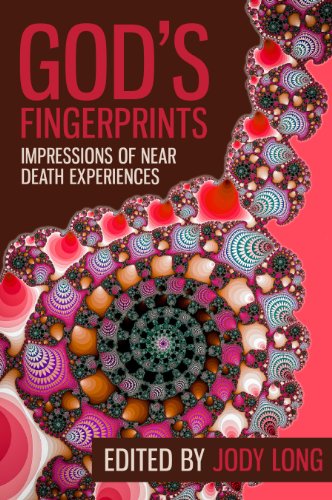 God’s Fingerprints: Impressions of Near Death Experiences
Jody Long
Buy on Amazon
Table could not be displayed.