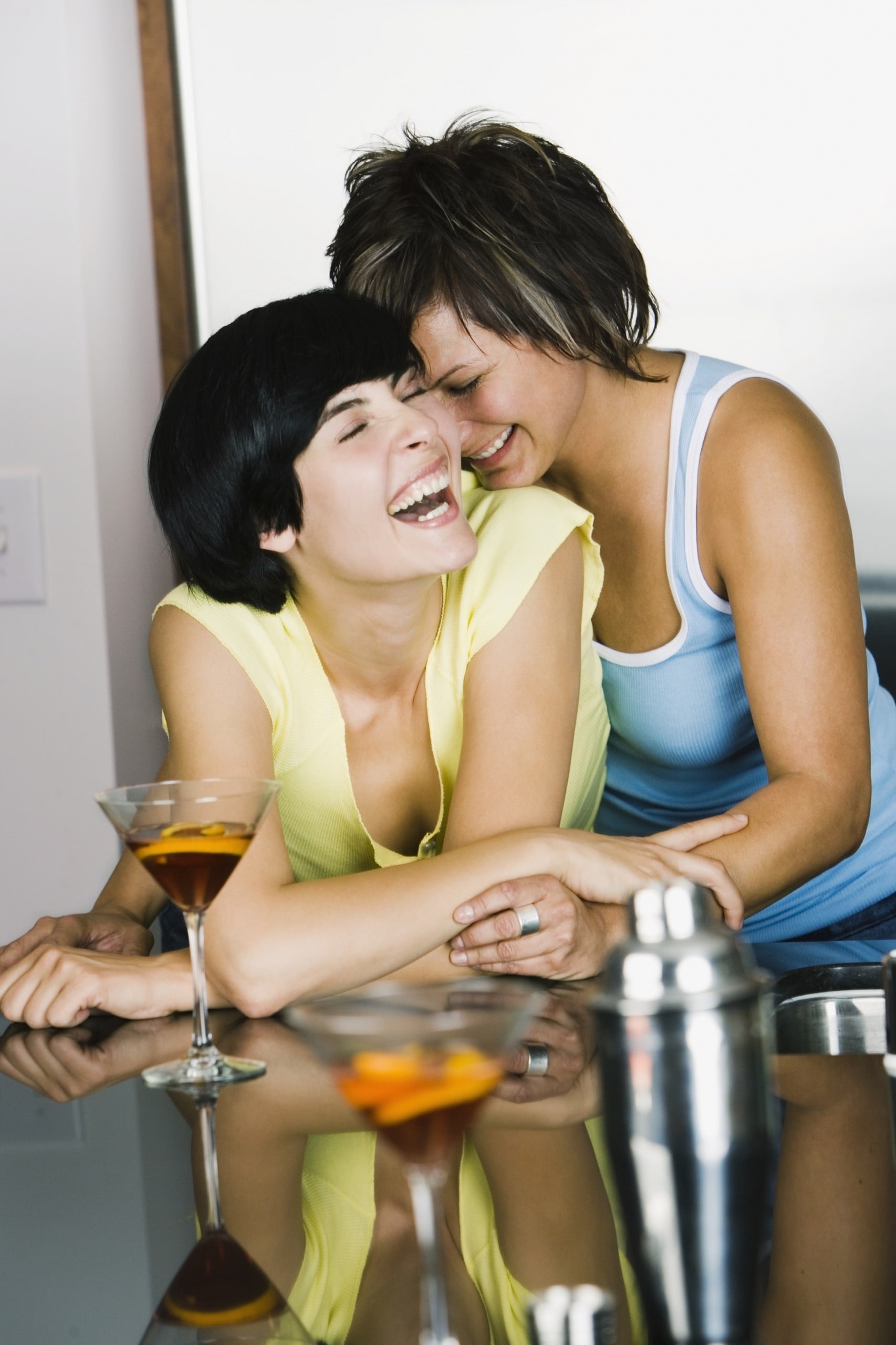 Liz Dale, Ph.D. (www.lizdale.org) is a clinical psychologist whose expertise is near-death experience (NDE) research within the LGBT community. Upon learning that no such research existed, she contacted the LGBT community over a two-year period and published her findings in a groundbreaking book entitled, “Crossing Over and Coming Home: Twenty-One Authors Discuss the Gay NDE as Spiritual Transformation.” Throughout 2018 and 2019, Dr. Dale is asking anyone who has had a near-death experience — but especially those in the LGBT community — to participate in a quick online survey regarding their experience and its consequences. Survey results will inform a groundbreaking study and a new book to be published by Balboa Press, a division of Hay House. The survey is live now at www.lizdale.org/survey.html. Surveyees will have access to links to LGBT-focused articles on Wikipedia , Google, and Amazon, among other information repositories. Dr. Dale anticipates that her new survey will make important contributions to the literature, as well as pave the way for future investigations.

ABSTRACT: This article illustrates the concept of divine light in stories of gay, lesbian, bisexual, and transgender (LGBT) near-death experiences.

In Crossing Over and Coming Home, I recorded numerous personal accounts of near-death experiences (NDEs) from within the lesbian, gay, bisexual, transgender (LGBT) community (Dale, 2001). In his endorsement of that book, Stanislav Grof wrote that the…

“..study of near-death experiences in the gay community … is also a major contribution to the general understanding of the phenomenology of near-death states and their effects on survivors” (Grof, 2001, unpaged frontispiece).

Before describing examples of the impact of divine light within gay NDEs, let me address the reason it is important to document LGBT near-death stories. Christian de la Huerta wrote in his groundbreaking book, Coming Out Spiritually, that there was a time when gay people…

“..were the shamans, the healers, the visionaries, the mediators, the peacekeepers, the ‘people who walk between the worlds,’ the keepers of beauty” (1999, p. 3).

As can be seen by the following excerpts from their stories, the men and women who wrote accounts of their NDEs were very courageous. Melvin Morse wrote:

The concept of light is one of the key images one experiences in an NDE. The Dalai Lama described the metaphor of light as:

“…a common image in all the major religious traditions. In the Buddhist context, light is particularly associated with wisdom and knowledge; darkness is associated with ignorance and a state of misknowledge.” (1999, p. 304)

“All of a sudden I felt as though I was moving through a corridor. It was dark but not at all frightening. I sensed the presence of others. Some of these ‘spirit entities’ were moving more slowly than others toward the light Suddenly, I was in a place that appeared to be room suffused with light. There were no walls or ceilings or floors. Light seemed to extend into infinity.” (Dale, 2001, p. 100)

LGBT near-death experiencers offered a reason for the presence of light. The majority of experiencers whose accounts I collected (73 percent) felt a sense of comfort within the light. The divine light emanated either from the NDEr or from others in the NDE scenery. One woman described her childhood NDE from a near-drowning in the following way:

“I do not remember struggling or being afraid. I felt only deep peace and happiness. While my body was at the bottom of the river, I remember looking up toward the surface. I enjoyed watching a beautiful array of dancing, brilliant sparkles of color from the yellow sunlight coming through the river water. I was calm and fascinated by the beauty of the light and the reeds coming through the mud.” (Dale, 2001, p. 40)

These LGBT NDE stories illustrate the message of a powerful connection between light, love, and spirituality, over and over. Why do LGBT near-death experiencers consider the NDE to be so inspiring? Historically, there was a time when gays and lesbians were looked upon favorably by society. But in recent times, quoting again from Christian de la Huerta:

“Many [gays) have attempted to reject their spirituality — a tragic and fruitless endeavor as ludicrous as waking up one day and deciding that one no longer needs to breathe because someone, somewhere decreed that breathing is an evil, sick, sinful or immoral act.” (Christian de la Huerta, 1999, p. 5)

Malidoma Patrice Some of the Dagara tribe of Burkina Faso described gays as having a higher “vibrational” level that enables them to be guardians of the gateways of the spirit world. In an interview in 1993 at the Mendocino Men’s Conference, he described indigenous people’s view of gay men:

“[A]t least among the Dagara people, gender has very little to do with anatomy. It is purely energetic. In that context, a male who is physically male can vibrate female energy, and vice versa. That is where the real gender is … In the culture that I come from … these people are looked on, essentially, as people…

“The earth is looked at, from my tribal perspective, as a very, very delicate machine or consciousness, with high vibrational points, which certain people must be guardians of in order for the tribe to keep its continuity with the gods and with the spirits that dwell there … Any person who is at this link between this world and the other world experiences a state of vibrational consciousness which is far higher, and far different, from the one that a normal person would experience. This is what makes a gay person gay.” (Some, cited in Hoff, 1993, pp. 1-2)

The LGBT persons whose accounts I collected “came out of the closet,” so to speak, so that we can all see what is true and beautiful to the NDE: that there is a world just beyond this one in which all people, regardless of skin color, gender, age, lifestyle, or sexual orientation, are viewed as equal. The cross-cultural context within each of these stories, although highly valuable to the reader of NDE accounts, can reveal more than some LGBTs would be willing to expose. For instance, when it came time to publish my book, some of the contributors refused to have their stories published. Although the accounts were all anonymous, some potential authors felt that there might be a way they could be identified or that there was something “wrong” with recording such spiritual stories. Unfortunately, these stories have remained unpublished.

The LGBT NDE stories I have collected contain account after account of deeply meaningful experiences. Some of the most deeply inspiring of these accounts provide examples of this newfound spiritual growth. For example, one man who had had an NDE during an extended coma following an emergency appendectomy at age 17, wrote:

“I will say that my near-death experience dramatically changed who I was and how I lived. I live not by what I read and ‘think’ is right; I live by what I ‘know’ is right for me. This doesn’t mean that it’s right for you. I still go to church and worship God but God doesn’t ‘need’ people to worship Him. One doesn’t have to do anything to go to heaven …

“We are here on earth to learn from each other and help each other. If we want to ‘learn,’ we must keep an open mind.

“Just like everyone else here, I am not simply a human being. I am a spirit with a human shell. Someday I will leave my body and continue in the spiritual, non-material realm again.” (Dale, 2001, p. 121)

I would like to conclude this paper with a perspective on the concept of divine light from Ken Wilbur‘s book Sex, Ecology, Spirituality:

“The observer in you, the Witness in you, transcends the isolated person in you and opens instead — from within or from behind, as Emerson said — onto a vast expanse of awareness no longer a respecter or abuser of persons, no longer fascinated by the passing joys and set-apart sorrows of the lonely self, but standing still in silence as an opening or clearing through which light shines, not from the world but into it — ‘a light shines through us upon things.’ That which observes or witnesses the self, the person, is precisely to that degree free of the self, the person, and through that opening comes pouring the light and power of the Self, a Soul, that as Emerson puts it, ‘would make our knees bend.'” (2000, p. 289)

Liz Dale, Ph.D., is a clinical psychologist in private practice. Her website is www.lizdale.org.