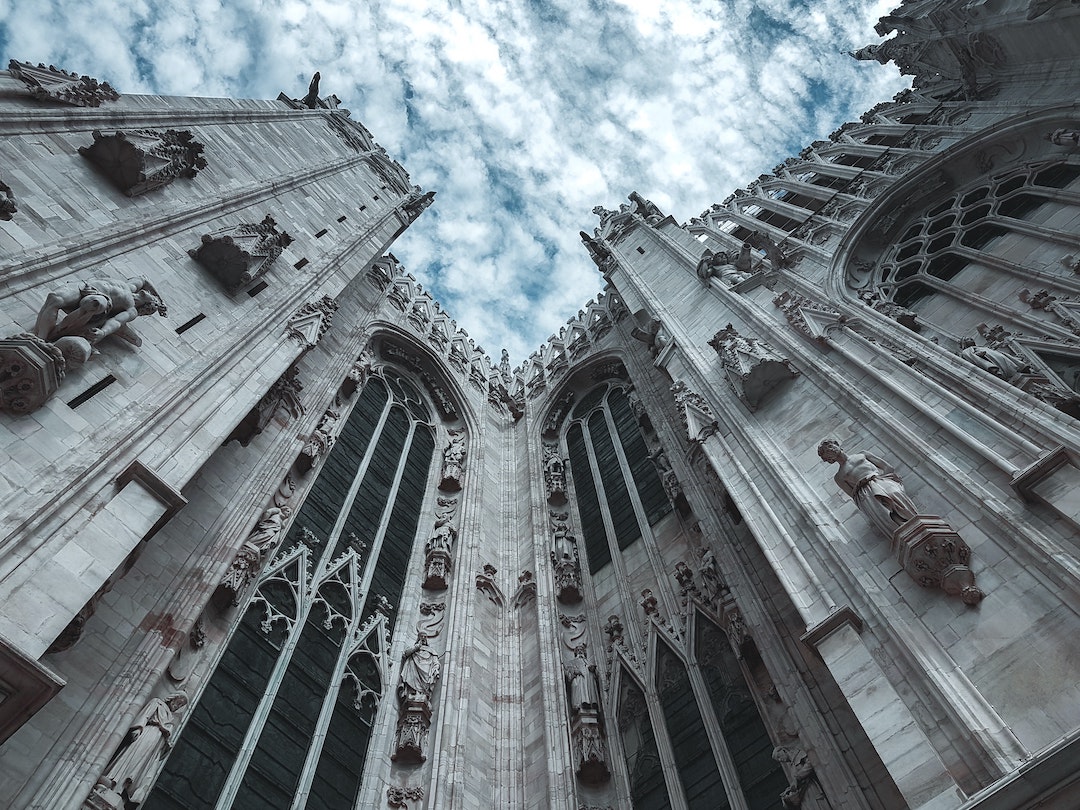 In July of 1959, in Terre Haute, Indiana, when Betty Malz was twenty-seven years old, she was pronounced dead and a sheet was pulled over her head. In her book, My Glimpse of Eternity, Betty describes her experience on the other side and how she returned to her body to the stunned amazement of her grieving father and hospital personnel. Her book is the story of how God dealt with a proud, materialistic, controlling woman who had to die to learn how to live. Betty is also the author of The Glory of Heaven: Inspiring True Stories and Answers to Common Questions (2013), Angels by My Side: Stories and Glimpses of These Heavenly Helpers (2013), Heaven: A Bright and Glorious Place (1990), Simplicity: Kingdom Living Through the Eyes of a Child (1996), and Making Your Husband Feel Loved (1998). The following is an excerpt from her book My Glimpse of Eternity describing her NDE.

The transition was serene and peaceful. I was walking up a beautiful green hill. It was steep, but my leg motion was effortless and a deep ecstasy flooded my body. Despite three incisions in my body from the operations, I stood erect without pain, enjoying my tallness, free from inhibitions about it. I looked down. I seemed to be barefoot, but the complete outer shape of my body was a blur and colorless. Yet I was walking on grass, the most vivid shade of green I had ever seen. Each blade was perhaps one inch long, the texture like fine velvet; every blade was vibrant and moving. As the bottoms of my feet touched the grass, something alive in the grass was transmitted up through my whole body with each step I took.

“Can this be death?” I wondered. If so, I certainly had nothing to fear. There was no darkness, no uncertainty, only a change in location and a total sense of well-being.”

All around me was a magnificent deep blue sky, unobscured by clouds. Looking about, I realized that there was no road or path. Yet I seemed to know where to go.

Then I realized I was not walking alone. To the left, and a little behind me, strode a tall, masculine-looking figure in a robe. I wondered if he were an angel and tried to see if he had wings. But he was facing me and I could not see his back. I sensed, however, that he could go anywhere he wanted and very quickly.

We did not speak to each other. Somehow it didn’t seem necessary, for we were both going in the same direction. Then I became aware that he was not a stranger. He knew me and I felt a strange kinship with him. Where had we met? Had we always known each other? It seemed we had. Where were we now going?

As we walked together I saw no sun – but light was everywhere. Off to the left there were multicolored flowers blooming. Also trees, shrubs. On the right was a low stone wall.

My emotion was a combination of feelings: youth, serenity, fulfillment, health, awareness, tranquility. I felt I had everything I ever wanted to have. I was everything I had ever intended to be. I was arriving at where I had always dreamed of being.

The wall to my right was higher now and made of many-colored, multi-tiered stones. A light from the other side of the wall shone through a long row of amber-colored gems several feet above my head. “Topaz,” I thought to myself.

Just as we crested the top of the hill, I heard my father’s voice calling, “Jesus, Jesus, Jesus.” His voice was a long distance away. I thought about turning back to find him. I did not because I knew my destination was ahead. We walked along in silence save for the whisper of a gentle breeze ruffling the white, sheer garments of the angel.

We came upon a magnificent, silver structure. It was like a palace except there were no towers. As we walked toward it, I heard voices. They were melodious, harmonious, blending in chorus and I heard the word, “Jesus.” There were more than four parts to their harmony. I not only heard the singing and felt the singing but I joined the singing. I have always had a girl’s body, but a low boy’s voice. Suddenly I realized I was singing the way I had always wanted to … in high, clear and sweet tones.

After a while the music softened, then the unseen voices picked up a new chorus. The voices not only burst forth in more than four parts, but they were in different languages. I was awed by the richness and perfect blending of the words – and I could understand them! I do not know why this was possible except that I was part of a universal experience.

While the angel and I walked together I sensed we could go wherever we willed ourselves to go and be there instantly. Communication between us was through the projection of thoughts. The words sung in all the different languages were understandable, but I don’t know how or why. We all seemed to be on some universal wave length.

I thought at the time, “I will never forget the melody and these words.” But later I could only recall two: “Jesus” and “redeemed.”

The angel stepped forward and put the palm of his hand upon a gate which I had not noticed before. About twelve feet high, the gate was a solid sheet of pearl, with no handles and some lovely scroll work at the top of its Gothic structure. The pearl was translucent so that I could almost, but not quite, see inside. The atmosphere inside was somehow filtered through. My feeling was of ecstatic joy and anticipation at the thought of going inside.

When the angel stepped forward, pressing his palm on the gate, an opening appeared in the center of the pearl panel and slowly widened and deepened as though the translucent material was dissolving. Inside I saw what appeared to be a street of golden color with an overlay of glass or water. The yellow light that appeared was dazzling. There is no way to describe it. I saw no figure, yet I was conscious of a person. Suddenly I knew that the light was Jesus, the person was Jesus.

I did not have to move. The light was all about me. There seemed to be some heat in it as if I were standing in sunlight; my body began to glow. Every part of me was absorbing the light. I felt bathed by the rays of a powerful, penetrating, loving energy.

The angel looked at me and communicated the thought: “Would you like to go in and join them?”

I longed with all my being to go inside, yet I hesitated. Did I have a choice? Then I remembered my father’s voice. Perhaps I should go and find him.

“I would like to stay and sing a little longer, then go back down the hill!” I finally answered. I started to say something more. But it was too late.

The gates slowly melted into one sheet of pearl again and we began walking back down the same beautiful hill. This time the jeweled wall was on my left and the angel walked on my right.

Then I saw the sun coming up over the wall. This surprised me since it was already very light and there seemed to be no passing of time. It was a lovely sunrise. The topaz and other stones glowed brilliantly. I remember noticing that the wall now made a deep shadow on my side.

Walking down the hill I looked into Terre Haute as the worlds of spirit and time and space began to fuse back together. Ahead of me were many church steeples glistening in the morning sun. I was suddenly aware of God‘s love for all his churches. It was a sudden bit of knowledge, as if I were being told this on the inside by the Holy Spirit. At that moment I loved all his churches too; and as my prejudices dissolved, I loved all his people.

Then I saw the tops of trees, then the hospital. My eyes seemed to bore through the walls of the hospital like laser beams, down the hall of the third floor to room 336. I saw a figure on the bed with a sheet pulled over it.

After my descent I slowed down and stopped. The sun’s rays were in my eyes. There were dust particles in the light which suddenly changed to wavy letters about two inches high flashing before me like a ticker-tape message. The letters seemed composed of translucent ivory, only fluid – moving through the rays of the sun.

I was back in my hospital bed now and the letters stretched all the way from the window, past my bed and on into the room. They read:

“I am the resurrection and the life; he that believeth in me, though he were dead, yet shall he live.”

The words were so alive that they pulsated. I knew that I had to touch those living words. I reached up and out and pushed the sheet off my face. At that instant the Word of God literally became life to me. 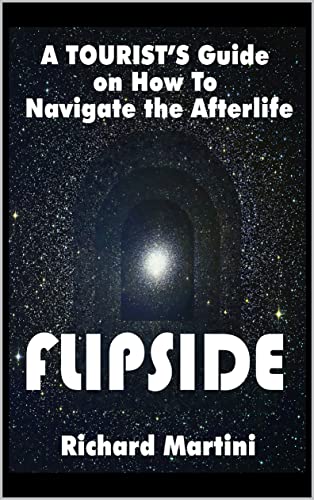 Flipside : A Tourist's Guide on How to Navigate the Afterlife
Richard Martini
Buy on Amazon

Flipside : A Tourist's Guide on How to Navigate the Afterlife
Richard Martini
Buy on Amazon
Table could not be displayed. 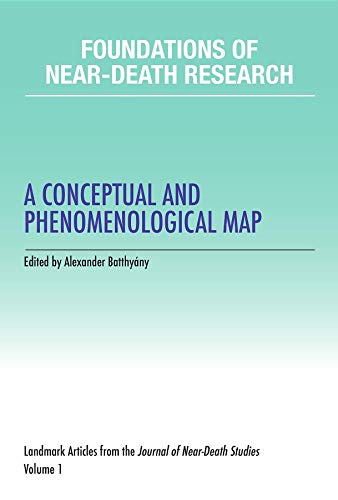 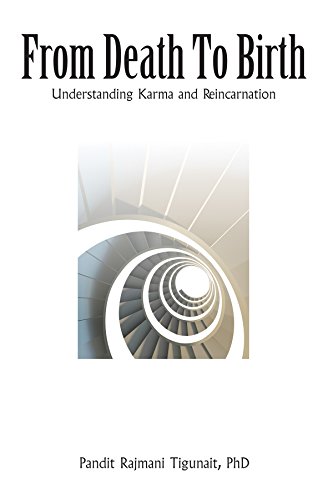 From Death to Birth: Understanding Karma and Reincarnation
Pandit Tigunait
Buy on Amazon

From Death to Birth: Understanding Karma and Reincarnation
Pandit Tigunait
Buy on Amazon 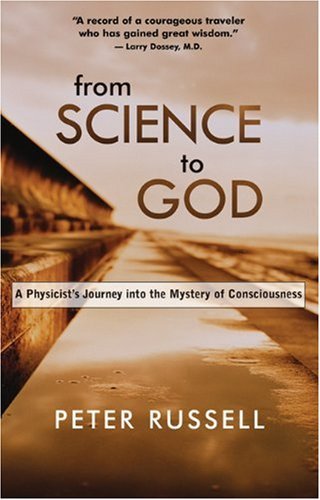 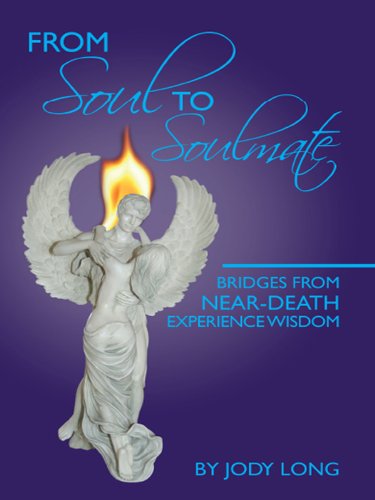 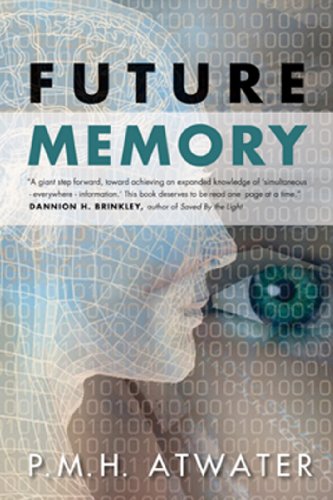