Perhaps the greatest circumstantial evidence supporting the reality of reincarnation without using hypnotic regression, is the account of Jeffrey Keene (www.jeffreykeene.com), an Assistant Fire Chief in Westport, Connecticut. After a series of synchronistic events and subsequent research, Keene discovered many uncanny parallels between his life and the life of a Civil War general named John B. Gordon. The photo above shows a comparison between the facial appearance of Jeffrey Keene and General John Gordon. The similarities between the two go far beyond mere coincidence. What makes Keene’s story unique from most accounts of reincarnation is that Keene’s story contains evidence that did not involve hypnotic regression. Instead, Keene’s evidence of a past-life came from his own life experience involving a series of unusual synchronistic events.

The account of Jeffrey Keene is documented in his book, Someone Else’s Yesterday. This book details Keene’s amazing journey of accepting the fact that he was being guided to discover his past life as General Gordon. Jeffrey Keene’s latest book about his experience is entitled Fire in the Soul: Reincarnation from Antietam to Ground Zero. His story weaves a tapestry of mystery and history, of love and the horrors of warfare. His journey was and still is a wondrous one, sometimes funny but at other times sad and physically painful.

Long before Keene became convinced of his past life, unusual events kept reinforcing its reality. Through subsequent years of research and travel, Keene has amassed compelling evidence of his former life. Keene and his past-life evidence were profiled in the A&E documentary entitled, Beyond Death. An independent file documentary entitled, In Another Life, also profiles Keene’s story. His story and photos can also be found on Keene’s website and the website of Dr. Walter Semkiw. Dr. Semkiw is the author of the book, Return of the Revolutionaries which contains observations of Keene’s case. Keene had never given reincarnation much thought until the extraordinary became ordinary and strange occurrences throughout his life started to make sense.

Keene’s story began on May, 1991, while on vacation with his wife looking for antiques. They stopped in Sharpsburg, Maryland, where the Civil War Battle of Antietam was fought. Though Keene had never read a book on the Civil War before or had any affinity for that era, he felt compelled to visit the battlefield. While walking through a field called “Sunken Road,” Keene had the following strange reaction:

“A wave of grief, sadness and anger washed over me. Without warning, I was suddenly being consumed by sensations. Burning tears ran down my cheeks. It became difficult to breathe. I gasped for air, as I stood transfixed in the old roadbed. To this day I could not tell you how much time transpired, but as these feelings, this emotional overload passed, I found myself exhausted as if I had run a marathon. Crawling up the steep embankment to get out of the road, I turned and looked back. I was a bit shaken to say the least and wondered at what had just taken place. It was difficult getting back to the car because I felt so weak. I did not have any answers, just questions. I would one day receive my answers, but not until more than a year later and then from a most unusual source….”

Before leaving Sharpsburg, Keene and his wife visited a gift shop where a Civil War magazine on the Battle of Antietam caught his eye and which he purchased. When they returned home, Keene filed the magazine away and did not look at it until a year and a half later. At that time, when he finally decided to look at the magazine, he once again experienced a strong wave of emotions. When he turned to a page that featured a picture of General John Gordon, Keene was shocked to see himself in General Gordon’s visage. Keene learned that General Gordon nearly died after incurring multiple gunshot wounds at Sunken Road during the battle of Antietam. Keene recalled that it was at Sunken Road that he had the profound experience of grief, anger and sadness over a year before.

After his Sunken Road experience, Keene had no idea of the series of events that was about to be put into motion. In a few short steps on an old Civil War road, the line between past and present began to become blurred. As information on General Gordon’s life was uncovered, Keene discovered many parallels to himself and General Gordon. Besides the past-life memories, Keene and General Gordon shared a similar physical appearance (looks, height, eye color, birthmarks, and more), personality traits, common lifetime events, writing styles, habits and traits. Both men preferred to stand with their arms crossed. Both had similar tastes in clothing.

Fifteen years before Keene became aware of his connection with General Gordon, an interesting event happened. Keene began having a severe pain in his jaw which grew steadily worse; so much so that he had to be driven to the emergency room where they ran some tests but could not find a cause. Eventually, the pain slowly subsided and then vanished altogether. This painful event occurred on September 9, 1977, his 30th birthday. Fifteen years later, Keene discovered that General Gordon was wounded in the face at the Sunken Road on September 17, 1862 during the Battle of Antietam. General Gordon was 30 years old at the time.

Jeffrey Keene has three markings on his face in the same locations where General Gordon was wounded: under the left eye, on the forehead, and across the right cheek. As you can see in the photos above, both men also have a star-shaped mark on their foreheads above the left eye. This can be borne out by photographs in the collections of the United States Library of Congress and the National Archives.

Keene was not only receiving confirmation of a past life; he was being beaten over the head with it. Keene’s facial birthmarks support Dr. Ian Stevenson’s research on the apparent correspondence between birthmarks and past-life physical traumas.

Another synchronistic event involves a written order by General Robert E. Lee on September 9, 1862, which led to the Battle of Antietam where General Gordon was severely wounded. This event occurred on the same day as Jeff Keene’s birthday, September 9, 1947. Such synchronistic events have been reported in other cases of reincarnation where a major event in a person’s life corresponds to a major event in a past-life.

There also exist similarities between Keene’s writing style and General Gordon’s. In his later years, General Gordon wrote a book entitled Reminiscences of the Civil War which provided material for such analysis. Comparing a passage of Keene’s writing with a passage from Gordon’s book reveals very similar linguistic styles. For example, Keene once wrote a letter to the Fire Chief regarding his fire department’s response to an emergency incident:

“With my radio restored, man power and apparatus were brought in and put under the guidance of Acting Lieutenant Christopher Ackley. While setting up a plan of action, Lieutenant Ackley displayed good common sense, knowledge, training and a deep concern for the safety of firefighters under his command. A large amount of gas entered the structure by way of a open window. Though we tried to remove all possible sources of ignition, we were able to remove all but two. The owner informed us that the house contained an oil-fired furnace and a hot water heater. There was no way to shut them off from the inside or outside. Using metering devices, a positive pressure fan and opening and closing windows, the hazard was removed.”

In General Gordon’s book, he describes the efforts of his men to put out a fire in Wrightsville, Pennsylvania:

“With great energy my men labored to save the bridge. I called on the citizens of Wrightsville for buckets and pails, but none were to be found. There was no lack of buckets and pails a little while later, when the town was on fire … My men labored as earnestly and bravely to save the town as they did to save the bridge. In the absence of fire-engines or other appliances, the only chance to arrest the progress of the flames was to form my men around the burning district, with the flank resting on the river’s edge, and pass rapidly from hand to hand the pails of water. Thus, and thus only, was the advancing, raging fire met, and at a late hour of the night checked and conquered.”

The comparison between Keene’s and Gordon’s writing style suggests they come from the same “voice”.

Keene has demonstrated spontaneous awareness of details of General Gordon’s life without having learned them. As an example, Keene toured a visitor center where artifacts of a Confederate surrender ceremony were housed which General Gordon had participated in. A print in the visitor center depicted the event complete with the flag used to surrender. Keene knew innately that this was not the flag actually used. He recognized the correct flag from an assortment displayed at the visitor’s center. Upon questioning the center staff, it was verified that the flag in the print was indeed from a later era and that Keene had identified the authentic flag used in the ceremony.

Group cases have emerged that demonstrates a common pattern in how reincarnation occurs. These cases show that facial architecture, personality traits, aptitudes, interests and writing style, stay consistent from lifetime to lifetime. Synchronistic events related to past-lives have been observed. Reincarnation research suggests that people reincarnate in groups based on shared karma, emotional attachments and joint missions. Keene’s case is one which demonstrates all of these principles of reincarnation.

Though Keene has not found pictures of General Gordon’s troops, one can only imagine that the same men who served under Gordon as troops now serve under Keene as firefighters. These firefighters have confirmed that Keene certainly displays the personality of a general.

Besides being an Assistant Fire Chief, Jeffrey Keene is now an accomplished Civil War researcher and speaker (having visited most of the major battle sites in the North and South). He is also now a lecturer on Civil War topics. 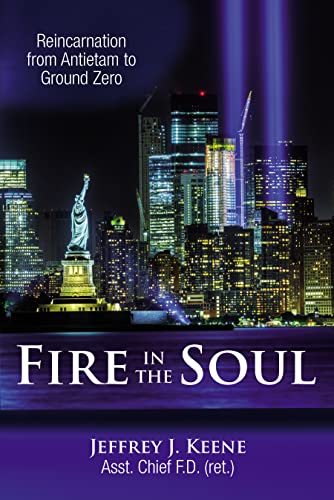 Fire in the Soul: Reincarnation from Antietam to Ground Zero
Jeffrey Keene
Buy on Amazon

Fire in the Soul: Reincarnation from Antietam to Ground Zero
Jeffrey Keene
Buy on Amazon 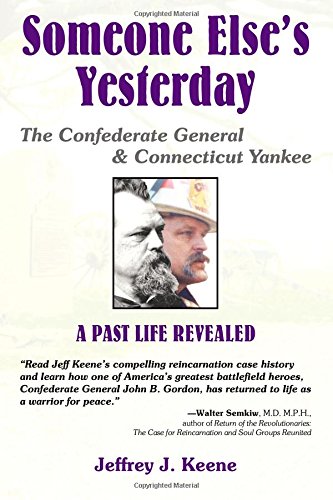 Someone Else's Yesterday: The Confederate General and Connecticut Yankee: A past Life Revealed
Jeffrey Keene
Buy on Amazon

Someone Else's Yesterday: The Confederate General and Connecticut Yankee: A past Life Revealed
Jeffrey Keene
Buy on Amazon 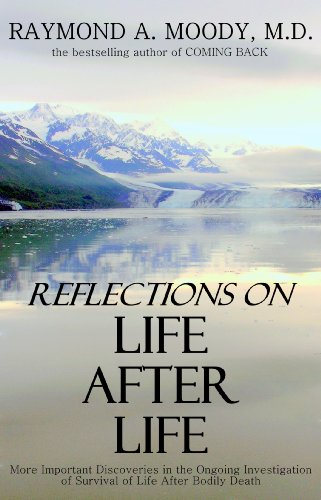 Reflections on Life After Life
Raymond Moody
Buy on Amazon

Reflections on Life After Life
Raymond Moody
Buy on Amazon 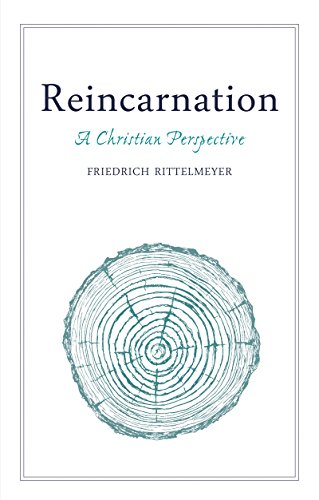 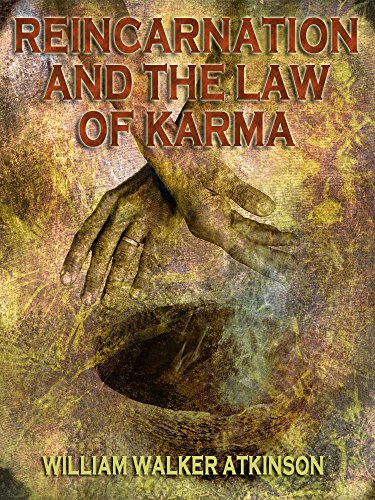 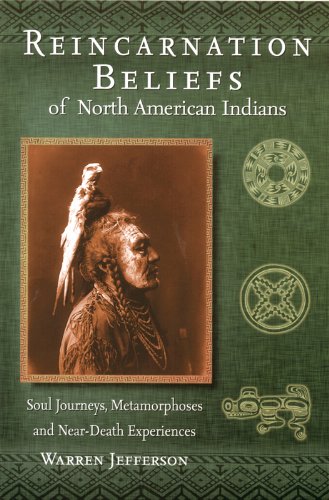 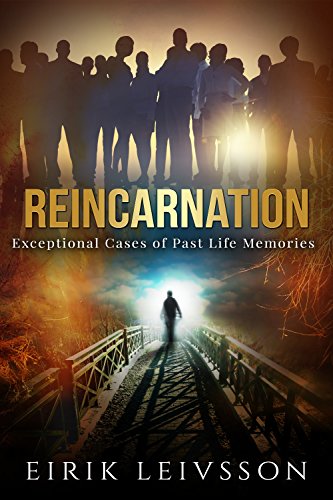 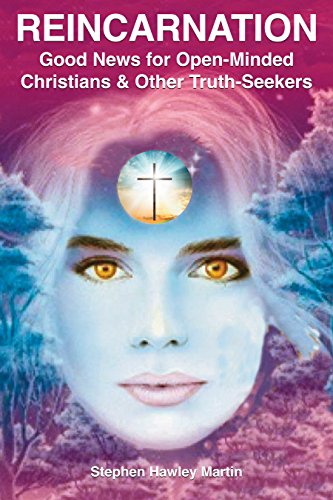 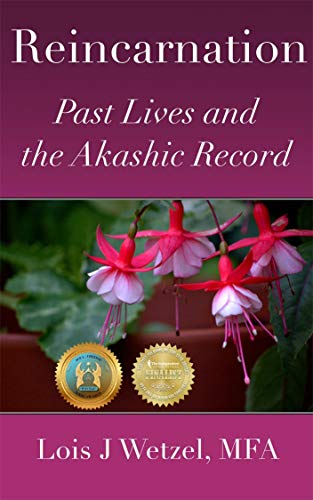 Reincarnation: Past Lives and the Akashic Record
Lois Wetzel
Buy on Amazon

Reincarnation: Past Lives and the Akashic Record
Lois Wetzel
Buy on Amazon 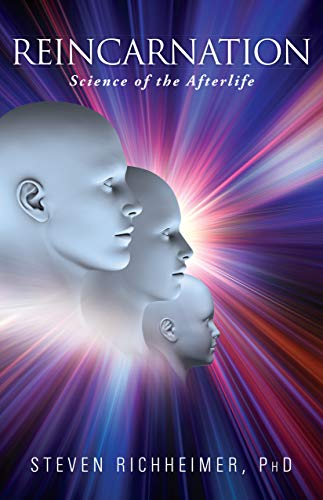 Reincarnation: Science of the Afterlife
Steven Richheimer
Buy on Amazon

Reincarnation: Science of the Afterlife
Steven Richheimer
Buy on Amazon 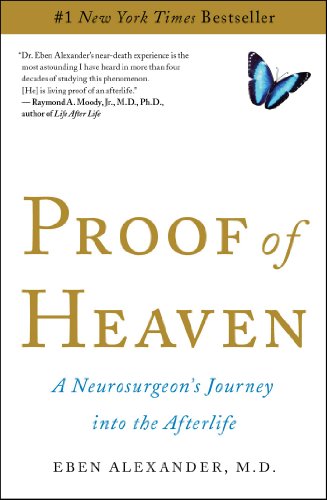 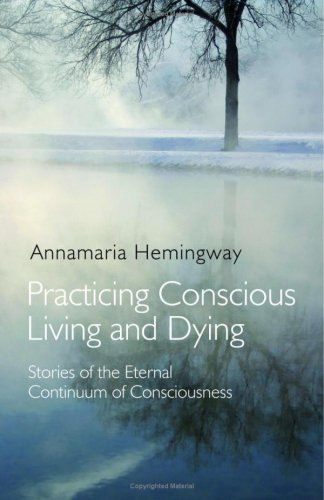