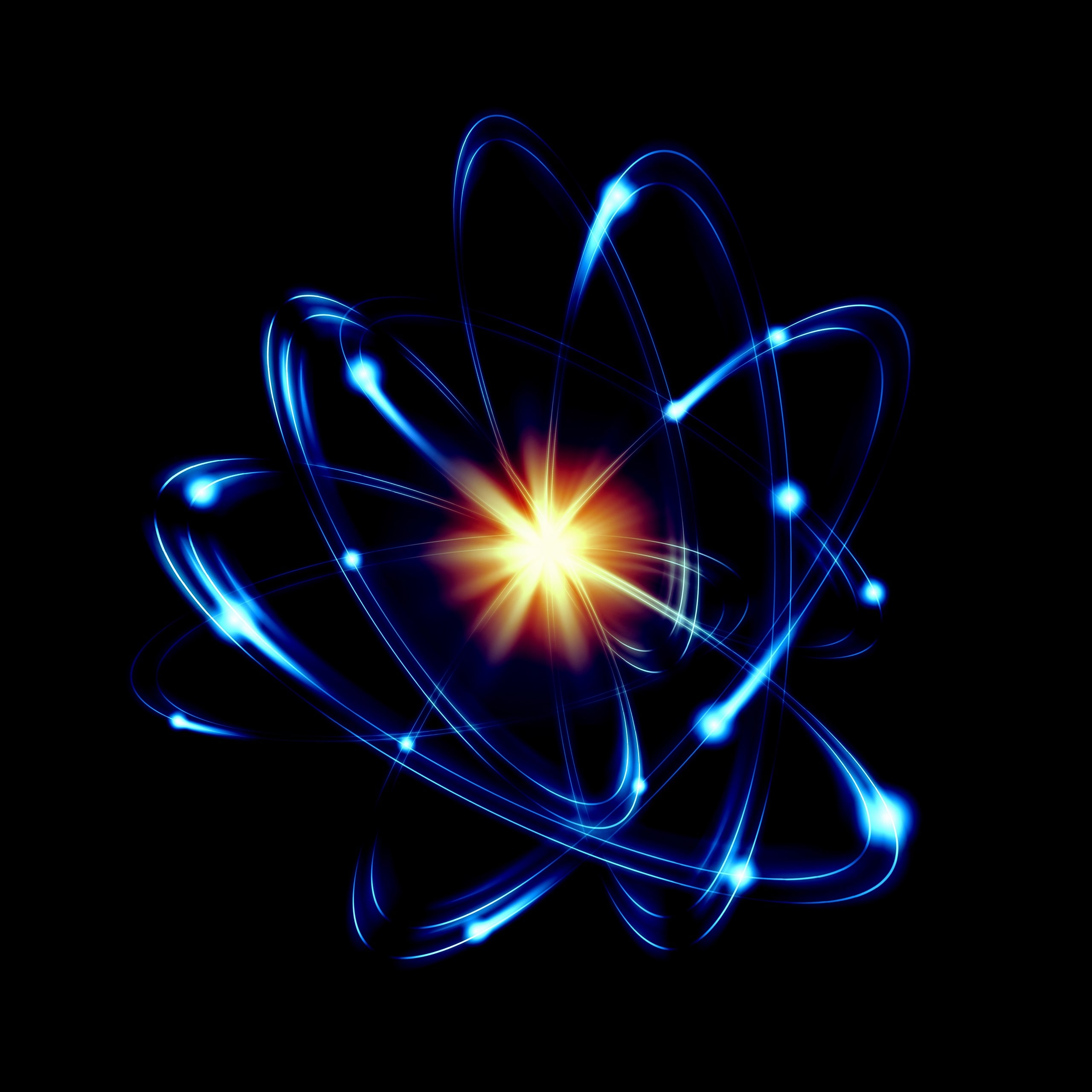 T. Lee Baumann, M.D. is the author of (a) God at the Speed of Light: The Melding of Science and Spirituality, (b) Window to God: A Physician’s Spiritual Pilgrimage, and (c) The Akashic Light: Religion’s Common Thread. Dr. Baumann also appears in the documentaries “The Evidence for Heaven” and “The Search for Heaven.” Dr. Baumann is a medical consultant in Birmingham, Alabama. In addition to his years in private practice, Baumann has been a medical administrator and a biology instructor. He holds medical certifications in internal medicine, geriatrics, and medical management. The following are some of Dr. Baumann’s research into quantum physics and NDEs.

1. Introduction to the Nature of Light

Quantum physicists study the nature of light. The Bible speaks of light when talking about God. Near-death experiences describe going to a light that is welcoming, intelligent, and loving. Strangest of all, however, is the similarity of all these descriptions of the nature, presence, and behavior of light to descriptions of God. Could it be that light and God are one and the same? Physician T. Lee Baumann makes a case for exactly that. From many sources, Dr. Baumann has synthesized a compelling picture of what may be the true nature of our universe at all levels – physical, mental, and spiritual.

Dr. Baumann’s book has been in the making for well over twenty years. Following my graduation from medical school, I developed a keen interest in quantum physics as a result of my fascination with Albert Einstein. The more I read on quantum theory, the more intrigued I became by its supernatural and spiritual aspects.

2. The Supernatural and Spiritual Aspects of Light

The following describes the awesome characteristics of light:

Light was pervasive at the Big Bang and is predicted at the Universe’s demise (alpha and omega).

All matter is ultimately reducible to electromagnetic radiation (which includes light).

The energy of light is infinite.

Light is the loving entity that welcomes the dying in near-death experiences.

The Bible and the world’s other major religious texts refer to God in terms of light.

The human race is very special – it is human observation that transforms light waves to light particles (i.e., how we experience reality).

The second law of thermodynamics (entropy) dictates that an infinite amount of organization (hence, design) existed in the singularity of the Big Bang. This book (nondenominational) argues that these comparisons to God are not just serendipitous.

3. Excerpts From “God at the Speed of Light”

I have intentionally tried to be very selective in the [near-death] cases I have reprinted here. I have not listed numerous other accounts, which are essentially repetition, and I have omitted some very impressive experiences that might be considered the direct result of certain illnesses, i.e., ailments involving the brain, or the circulation or oxygenation of blood to the brain. (Adventures in Death, p. 15)

As shown in the previous chapter, the element of light is one, if not the, most important element of the near-death experience. In review of multiple NDE cases, researchers Raymond Moody and Melvin Morse made several noteworthy observations involving the light.

Moody noted that, of all the possible near-death elements, the light exerted the greatest influence on the individual. Patients interpreted the light as a being – a being that radiated love and warmth. Christians recognized the light as Christ. Atheists identified the spirit only as a guide. (Light, p.22)

It is now universally accepted, although still incredible to comprehend, that the speed of light is constant for all observers, regardless of their relative speeds or direction. This is an extraordinary feature.

How light accomplishes this feat is unknown, but it appears that light has been positioned as the cornerstone of modern physics and natural law. Einstein explained that as an object increases in speed, especially approaching the speed of light, its length decreases, its mass increases, and time slows (but the speed of light remains constant). If an object actually reaches the speed of light, time stops completely. Many are not aware of the full significance of this last point. Imagine that you are traveling at the speed of light and time stands still. You find that you can travel anywhere in the universe, and you never age! Hence, it is striking, but photons, and all other forms of electromagnetic radiation, are timeless (Light, p. 27-28).

The producers of PAX TV’s “Encounters with the Unexplained” series has released a press release dealing with the airing of two “Heaven” television specials which feature Dr. T. Baumann and his book, “God at the Speed of Light.” The first television special, “The Evidence for Heaven”, aired on June 2004 and the second special, “The Search for Heaven”, aired on September 2004.

a. About “The Search for Heaven”

This video special discusses some of the most fundamental questions: What happens when we die? Is there actually a life after death? Does the human spirit continue to survive? Is there really a heaven?

Of course, the major religions of the world answer “yes” and ask that we accept it as a matter of faith. But in a world full of skepticism, unquestionable faith does not seem sufficient. But what if faith alone didn’t have to carry this burden? What if there was other proof that heaven exists?

“In Search Of Heaven” explores this provocative question: Do new scientific discoveries and cutting edge research actually prove the existence of heaven? Some believe that, yes indeed, there is now proof that heaven actually exists. This is no religious quest; it is a serious investigation of some rather startling new findings. The special will include dramatic reenactments, interviews, and comments from numerous theological experts and scientists.

One medical expert featured in the special is Dr. T. Baumann, author of “God at the Speed of Light.” Dr. Baumann states: “I feel there is a common element to balance the arguments for near death and the existence of Heaven. That common element is light … light is omnipotent, omniscient, omnipresent and has a consciousness.”

The tone of the special is investigative in nature and is balanced and informative. Its objective is to promote debate and discussion concerning this very important subject.

b. About “The Evidence for Heaven”

Is there a spiritual realm where the soul resides after death? To Christian believers, the answers to these questions are a foregone conclusion. But, for believers and non-believers alike, the topic of life after death in a place called heaven raises even more questions. Where is heaven? What will heaven be like? Will we continue to learn in heaven or will we instantly know everything? Will life beyond the one we are experiencing here and now be a life free from pain and suffering? Will our bodies be different in heaven? Will we be married in heaven? Is there now scientific evidence that heaven really does exist? All of these are just a few of the questions answered after examining the scientific studies, personal testimony, and experiences of those who say they have already traveled to heaven and back. Discover the astounding level to which modern science has answers to these questions.

Recent advances in medical technology have allowed doctors to bring people back from death and giving rise to the near-death experience phenomenon. People are coming back to life and bringing with them remarkably vivid visions of heaven. They tell about visions of a bright Light or being surrounded by overwhelming love — even conversing with Jesus. The special looks closely at several of the most astounding NDEs — including contemporary experiences as well as the experiences of Biblical characters, such as the Apostle Paul, Stephen the Martyr, Elijah, and others.

Listen to the testimony of many highly respected medical doctors, physicists, Biblical scholars and scientists from the late 17th Century until today, who have been working to prove that immortality is indeed a reality. Discover the results of several scientific studies including one 25-year project that concluded, “For the first time in 8,000 years of recorded history, it can now be said with certainty that our mind, memory, and personality and soul will survive physical death.” 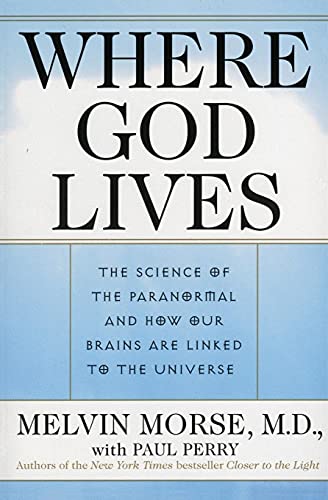 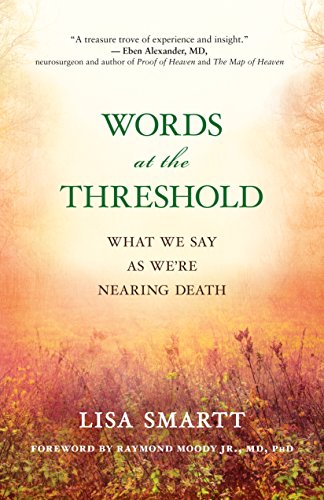 Words at the Threshold: What We Say as We're Nearing Death
Lisa Smartt
Buy on Amazon

Words at the Threshold: What We Say as We're Nearing Death
Lisa Smartt
Buy on Amazon 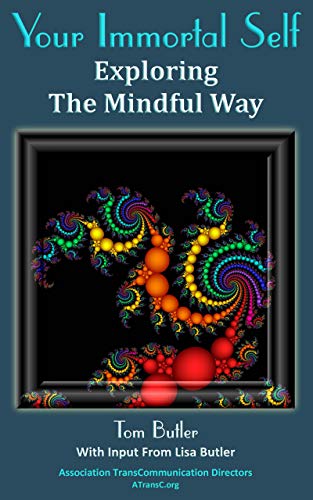 Your Immortal Self: Exploring the Mindful Way
Tom Butler
Buy on Amazon

Your Immortal Self: Exploring the Mindful Way
Tom Butler
Buy on Amazon