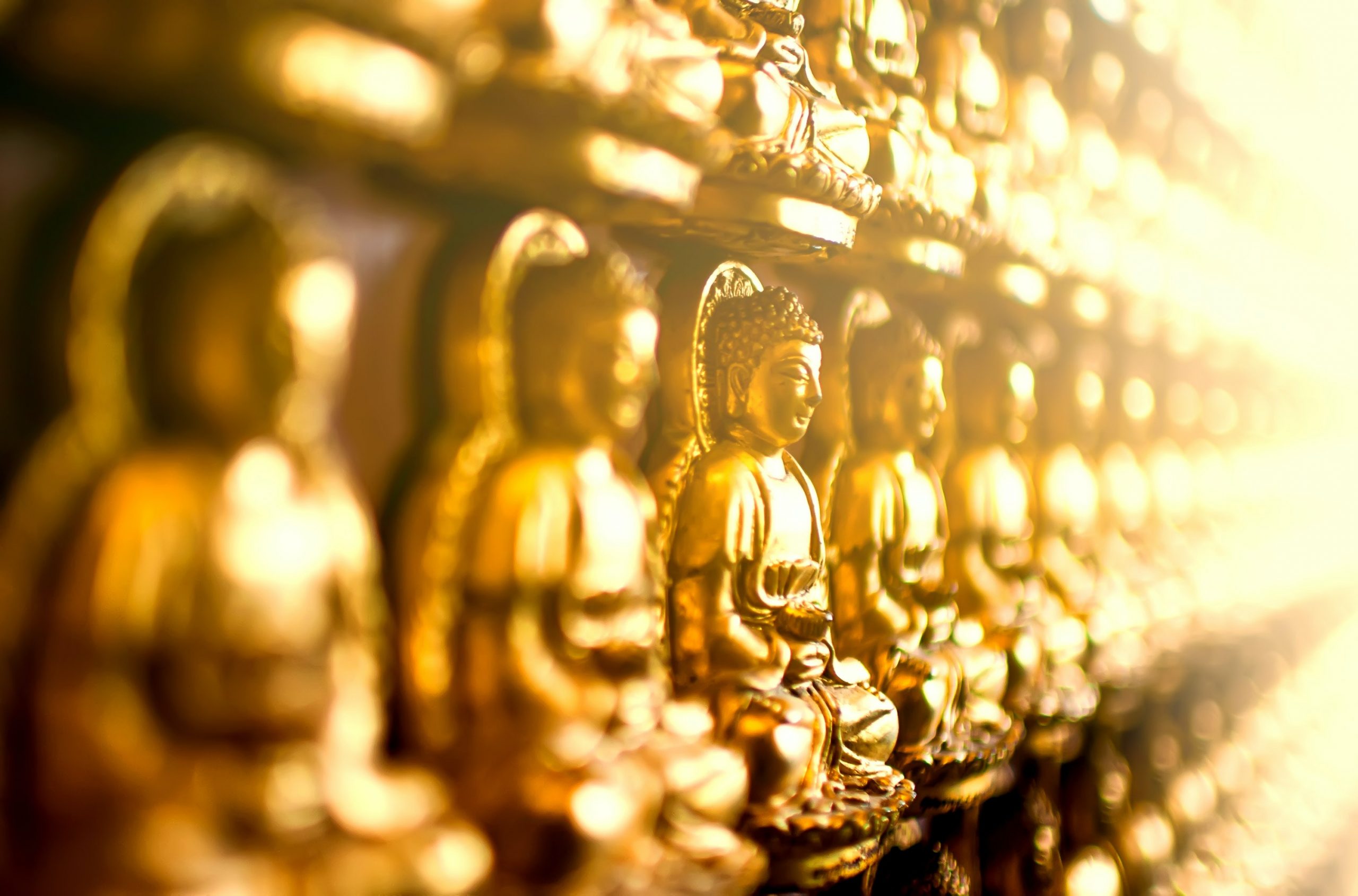 An interesting phenomenon, little known in the West, but familiar to Tibetans, is the delok. In Tibet, delok means returned from death, and traditionally deloks are people who seemingly “die” as a result of an illness, and find themselves traveling in one of the three bardo afterlife realms — Tibetan Buddhist afterlife states. They visit the hell realms, where they witness the judgment of the dead and the suffering of hell, and sometimes they go to paradises and Buddha realms. They can be accompanied by a deity, who protects them and explains what is happening. After a week the delok is sent back to the body with a message from the Lord of Death for the living, urging them toward spiritual practice and a beneficial way of life. Often the deloks have great difficulty making people believe their story, and they spend the rest of their lives recounting their experiences to others in order to draw them toward the path of wisdom. The biographies of some of the more famous deloks, such as Dawa Drolma, one of the great lamas of the century. At the age of 16 she fell ill and died, but returned to her body after five days. For the benefit of others she recorded every detail of her experiences in the bardo and pure realms. The experiences of deloks were often sung all over Tibet by traveling minstrels. A number of aspects of the delok correspond not only with, as you would expect, the bardo teachings, such as the Tibetan Book of the Dead, but also with the near-death experience. Dawa Drolma is the author of the book, Delog: Journey to Realms Beyond Death, the source for the information on this web page.

Lingza Chokyi was a famous delok who lived in the sixteenth century. In her biography she tells how she failed to realize she was dead, how she found herself out of her body, and saw a pig’s corpse lying on her bed, wearing her clothes. Frantically she tried in vain to communicate with her family as they set about the business of the practices for her death. She grew furious with them when they took no notice of her and did not give her a plate of food. When her children wept, she felt a “hail of pus and blood” fall, which caused her intense pain. She tells us she felt joy each time the practices were done, and immeasurable happiness when finally she came before the master who was practicing for her and who was resting in the nature of mind, and her mind and his became one. After a while she heard someone whom she thought was her father calling to her, and she followed him. She arrived in the bardo realm, which appeared to her like a country. From there, she tells us, there was a bridge that led to the hell realms, and to where the Lord of Death was counting the good or evil actions of the dead. In this realm she met various people who recounted their stories, and she saw a great yogin who had come into the hell realms in order to liberate beings.

Finally Lingza Chokyi was sent back to the world, as there had been an error concerning her name and family, and it was not yet her time to die. With the message from the Lord of Death to the living, she returned to her body and recovered, and spent the rest of her life telling of what she had learned. The phenomenon of the delok was not simply a historical one; it continued up until very recently in Tibet.

There are many similarities to the teachings of the afterlife as revealed by the Tibetan Book of the Dead and the near-death experience (NDE). In the NDE, the mind is momentarily released from the body, and goes through a number of experiences akin to those of the mental body in the “bardo of becoming.” NDEs very often begins with an out-of-body experience: people can see their own body, as well as the environment around them. This coincides with what the Tibetan Book of the Dead describes. In the bardo of becoming, the dead are able to see and hear their living relatives, but are unable, sometimes frustratingly, to communicate with them. The mental body in the bardo of becoming is described in the Tibetan Book of the Dead as being “like a body of the golden age,” and as having almost supernatural mobility and clairvoyance. Near-death experiencers also find that the form they have is complete and in the prime of life. They find also that they can travel instantaneously, simply by the power of thought.

In the Tibetan teachings, the mental body in the bardo of becoming meets other beings in the bardo. Similarly, NDE experiencers are often able to converse with others who have died.

In the bardo of becoming, as well as many other kinds of visions, the mental body will see visions and signs of different realms. A small percentage of those who have survived an NDE describe visions of inner worlds, paradises, and cities of light with transcendental music.

Of course, the most astounding similarity is the encounter with the Being of Light, or the “Clear Light” as described in the Tibetan Book of the Dead. According to the Tibetan teachings, at the moment of death, the Clear Light dawns in all its splendor before the dying person. It says:

“Oh son/daughter of an enlightened family … your Rigpa is inseparable luminosity and emptiness and dwells as a great expanse of light; beyond birth or death, it is, in fact, the Buddha of Unchanging Light.”

Tibetan teachings stress that by recognizing yourself as this Clear Light, you will attain liberation from the cycle of reincarnation. Many near-death experiencers are convinced the Being of Light is their Higher Self. This is certainly in agreement with the Tibetan teachings.

The life review appears again and again in NDE reports, and demonstrates so clearly the inevitability of karma and the far-reaching and powerful effects of all our actions, words, and thoughts.

The central message near-death experiencers bring back from their encounter with death, or the presence of the Being of Light, is exactly the same as that of Buddha and of the bardo teachings: that the essential and most important qualities in life are love and knowledge, compassion and wisdom.

The bardo teachings tell us that life and death are in the mind itself. The confidence which many NDErs seem to have after this experience reflects this deeper understanding of mind.

Not all NDE reports today, however, are positive, and this corresponds to the Tibetan teachings as well. Some people report terrifying experiences of fear, panic, loneliness, desolation, and gloom, all vividly reminiscent of the descriptions of the bardo of becoming.

In many NDE reports, a border or limit is occasionally perceived; a point of no return is reached. At this border the person then chooses (or is instructed) to return to life, sometimes by the presence of light. Of course in the Tibetan bardo teachings there is no parallel to this, because they describe what happens to a person who actually dies. It has been said the NDE can be viewed as an evolutionary device to bring about a transformation in humanity as a whole, over a period of years, in millions of persons (Ring, 1985).

Whether this is true or not depends on all of us: on whether we really have the courage to face the implications of the NDE and the bardo teachings, and by transforming ourselves we transform the world around us, and so, by stages, the whole future of humanity.