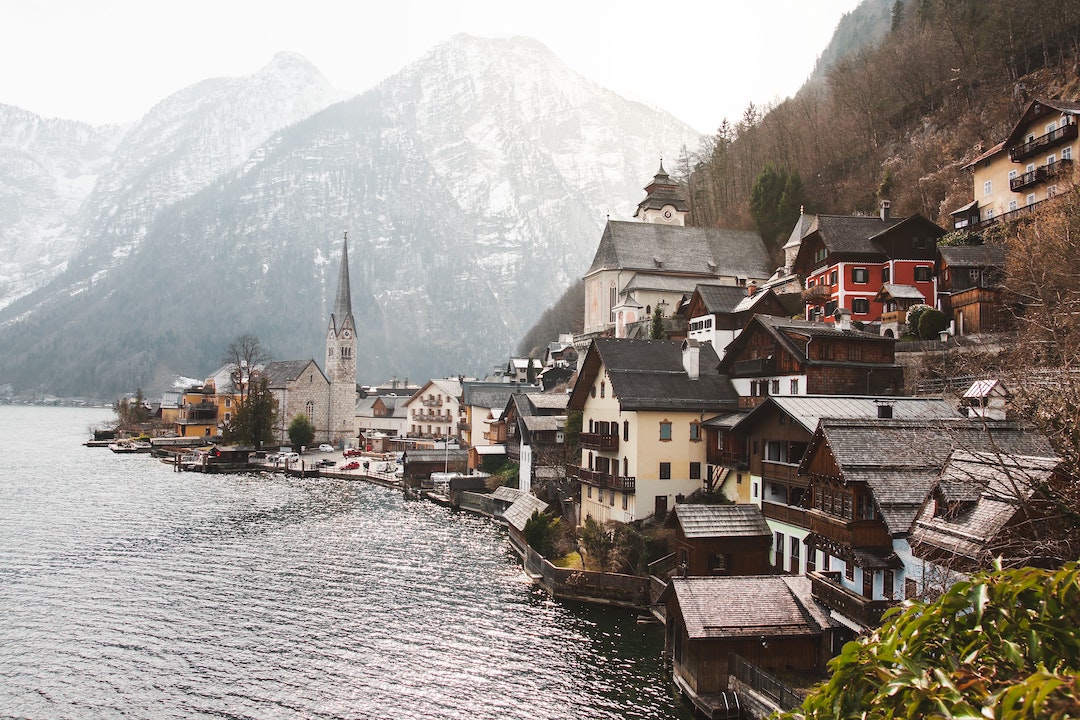 The following is Skrzynski’s dream NDE testimony sent to Kevin Williams by email.

I wanted to share an experience with you about information I received in a dream concerning the “next world.” Of course, it may have just been my vivid imagination; but I thought you might find what I was told intriguing.

In this lucid dream, I found myself in a seemingly utopian world that was rather like and idealized Switzerland or Austria (think The Sound of Music with all the lush rolling hills, the alpine scenery and lakes, very clean cut people in the lederhosen, women like nuns on bicycles, etc. Lots of beautiful sunshine that seemed to emit more than just physical light. The people here were still male and female, not genderless spirits.

In this lovely place, people were telling me that this was the “next level” higher than Earth. I went to a lovely quaint church (like an English country church) where I met people who continually prayed for children on Earth. They were male and female but with ageless faces full of wisdom and compassion. But then I saw the tombs and gravestones inside the church and in the churchyard outside!!

I asked them why there were graves when this was supposed to be the “next world.” They explained to me that (as in Jonathan Livingston Seagull), people here in this next level graduated on to further higher levels and that this also involved a form of “death.” Those left behind in this “next world” would experience a sense of separation in a similar way to grieving people on Earth.

But they also told me that unlike our Earth, they definitely knew that there was something more. The poignant thing was that this second death mysteriously involved losing the one thing you loved the most, whatever that thing could be; it was a very personal anguish that everyone had to go through in their transition beyond this second level.

In other words, there was still much spiritual growth going on. They showed me their “sun” and it was a beautiful coppery peachy orange. They said they could feel God‘s presence in that sun and that it gives off spiritual light as well as seemingly physical illumination. They said that those in the third level were that much closer again to this beautiful “sun.”

I understood that people on the next level enjoy a form of The Summerland (an idealized way of life so as to get things out of one’s system left unfulfilled while on Earth) but that they also aged, though much slower than we here on Earth. They are mainly occupied with praying for those still here, and particularly for murdered/abused innocents.

Kevin Williams’ reply: The Sound of Music would probably be a very good description of The Summerland. For those who do not know what “The Summerland” is, here is some background:

Heaven as an abode of peace, happiness, and abundance is a fundamental religious belief in every culture, ancient and modern. Ancient Greeks called heaven the “Elysian Fields” or “Olympus.” To Hindus, heaven is called “Surga,” and it lies in the higher lokas. Ancient Egyptians referred to it as “Sekhet-hetepet.” Followers of Zoroaster describe it as the “House of Suns,” and the abode of the best thought – a place where the sun never ceases to shine – no doubt alluding to the luminous nature of the plane. To the Northern European or Nordic Traditions, for warriors it is known as “Valhalla.” For other, it is called “Noatun,” where the sun meets the water, “Asgard” and several others. Theosophists call heaven “Devachan.”

The concept of “The Summerland” is currently used by spiritualists, pagans (particularly Wiccans), and near-death experiencers and researchers. Near-death reports of very young children describing a land of beauty beyond belief called “The Summerland” provide strong circumstantial evidence that such a place does exists.

The traditional pagan belief of The Summerland is based on the ancient “Wheel of the Year” based on the seasons and pre-Christian Celtic holidays. Basically these holidays chronicle the birth, life, death and re-birth of the Sun King though the person of the Great Goddess. At Yule (Winter Solstice, December 21) the Sun King, conceived earlier in the year by the mating of the previous Sun King and the Goddess, is born. In the spring, after the Goddess has magically recovered her maidenhood, they mate, causing not only the conception of the next year’s King but also the growth and abundance of the food crops in the natural world. In the Fall at the time of harvest the old King dies and sets sail for The Summerland from which he will sail forth again as the new-born Sun at Yule. Samhaim, or Halloween, is that period between the death of the old King and the birth of the new when the natural processes of the Earth seem to be dying. At this time the veil between the world of the living and the world of the dead thins to allow loved ones to communicate. For many pagans, Samhaim marks the new year and is celebrated not only with remembrances of the dead but also by letting go of the old (ideas, habits, etc.) and looking forward to the new.

To pagans, The Summerland has traditionally been a place where, after death, the soul is said to rest in this Land of Eternal Youth, where it is refreshed, grows young, and is made ready to be born again. Rebirth is not considered to be condemnation to an endless, dreary round of suffering, as in some Eastern religions. Instead, rebirth is seen as the great gift of the Goddess Mother Earth.

Spiritualists and near-death researchers have also described The Summerland. The Fredrick Myer’s Cross Correspondences describe the soul’s journey after death in several stages. Stage Four, which Myers called the “Plane of Color”, appears to refer to Summerland. Spiritualist’s also believe the Biblical reference to the “third heaven” (2 Corinthians 12:2-4) is a reference to The Summerland, the Christian concept of paradise. According to Myers, one must leave behind all rigid intellectual structures and dogmas, be they scientific, religious, or philosophical. An infinite variety of new sounds, colors and feelings are experienced here and souls find a much wider freedom to function with more highly energized intellect and spirit. The most inspired and pure souls from Earth pass directly here after death; most people, however, must strive to reach it after a sojourn in the realm below where they assess their life on Earth and try to understand what they did wrong. It is from The Summerland that rebirth back on Earth supposedly occurs – although the decision to go back and try again is allegedly an individual one, and some may opt to forsake material life altogether and move into the higher spiritual realms. Some of the most accurate and most inspirational messages received via mediums are said to originate here. This may also be the place called “Marduk” according to the messages received by some researchers.

The Summerland is possibly another name for the afterlife realm known as the “plane of Venus,” described Edgar Cayce. Venus, as an afterlife realm, is not a reference to the planet. It is a reference to the invisible afterlife realm for which the planet Venus physically represents. Venus is the afterlife realm where love is dominate. Cayce says of Venus: “In Venus we find the lovely becoming the expressions in activities in which there is the beauty seen in love, in companionship, in association, in music, in art, in all the things that bespeak of the loveliness even of nature and material things, rather than the expression of same in the earthly form or manner.”

Here is an NDE that mentions The Summerland.