Home > Science > Why Near-Death Experiences Are Not Hallucinations

Skeptics claim NDEs are only the product of the brain occurring during life threatening situations. They claim the brain produces an avoidance response to such situations in the form of endorphins flooding the brain thereby causing hallucinations. Skeptics also claim NDEs are a hallucinatory experience similar to hallucinations brought on when LSD is introduced into the body. They point to scientific studies showing how psychedelic drugs, meditation, and other triggers can be used to induce non-ordinary states of consciousness, such as an NDE, and claim this falsifies the Afterlife Hypothesis. But hallucinogenic drugs cause distortions of reality, alterations of body image, and disorientation as to time and place.

The major difference between hallucinations and NDEs is that NDEs do not involve such distortions of reality. NDEs have been described as perceptions of a hyper-reality superimposed over current reality. NDEs can be induced in many ways and the Triggers of the NDE section of this website lists them and provides examples. But all this proves is there exists a biological component to NDEs. Near-death researchers do not deny the existence of a biological component to NDEs. Near-death studies have discovered the existence of a metaphysical “umbilical cord” connecting the physical body with the subtle body during the out-of-body experience component of the NDE. This cord corresponds with a boundary or “point of no return” during NDEs which cannot be crossed without resulting in irreversible death. Evidence shows that when this cord is severed, this point of no return has been crossed and death results.

There is also an assumption among skeptics that a person’s subjective experience – even consciousness itself – is not objectively real. They assume only physical things are real and anything else is not. These include the experiences of intuition, the taste of wine, or even seeing the color red. But there are serious problems in denying the existence of subjective reality. Here are some comments by experts in this field:

“NDE accounts from varied times and cultures were found to be more orderly, logical, defined and predictable than comparable accounts from drug or illness-induced hallucination. Impressive data from Tart, Moody and Carl Becker also argue for the objective elements of an NDE, including returning with knowledge later verified and third-party observations of odd death-bed phenomena (such as luminosity or apparitions).”

Neuropsychiatrist Peter Fenwick, describes the difference between the NDE and hallucinations:

“The difficulty with those theories is that when you create these wonderful states by taking drugs, you’re conscious. In the NDE, you are unconscious. One of the things we know about brain function in unconsciousness, is that you cannot create images and if you do, you cannot remember them.”

Fenwick describes the unconscious state of the NDE:

“The brain isn’t functioning. It’s not there. It’s destroyed. It’s abnormal. But, yet, it can produce these very clear experiences … an unconscious state is when the brain ceases to function. For example, if you faint, you fall to the floor, you don’t know what’s happening and the brain isn’t working. The memory systems are particularly sensitive to unconsciousness. So, you won’t remember anything. But, yet, after one of these experiences (an NDE), you come out with clear, lucid memories … This is a real puzzle for science. I have not yet seen any good scientific explanation which can explain that fact.”

So it appears we may never know exactly what an NDE is or what produces them, until science can define exactly what consciousness is. We may have a long way to go to learn this.

Dr. Kenneth Ring, the leading figure in NDE studies has this to say:

“Drugs, anesthesia and medication did not seem to be a factor in inducing these impressions and exquisite feelings of an NDE. Indeed, drugs and anesthesia seemed to be more likely to cause a person to forget memories of an NDE.”

Dr. Ring concluded NDEs are not hallucinations because hallucinations are rambling, unconnected, often unintelligible and vary widely, whereas NDEs tend to have similar elements of a clear, connected pattern.

Ketamine is a drug which several researchers feel creates effects which are similar to NDEs. However, they have not published controlled studies to substantiate their point of view. Scott Rogo describes similarities between NDEs and ketamine induced visions, but ultimately feels ketamine often causes bizarre, paranoid visions not seen in NDEs.

It is interesting to note that Karl Jansen, a leading ketamine researcher, not only believes NDEs and ketamine induced visions are the same, but is convinced that BOTH induced real visions of a real god. For this reason, he considers himself a very spiritual person as a result of his ketamine research.

“One concern of NDE skeptics is the concept of a dual physical and spiritual life presence, with the spiritual presence surviving bodily death. The physical presence is easily discernable, while the spiritual presence is generally not easily discernable. It is very helpful to personally have an NDE or NDE-like experience to address such concerns. For virtually all NDErs, an NDE cures NDE disbelief. However, only approximately 4% of the United States adult population have a personal history of NDEs. Others find they are opened to the possibility of a dual physical/spiritual life presence through other spiritually transformative life events.

“These life experiences may include, but are not limited to, markedly serendipitous events, other personal paranormal experiences, and acceptance of other people’s accounts of their spiritually transformative experiences. I personally believe that if such spiritually transformative experiences are sincerely sought, they are likely to be encountered. NDE research is somewhat unique due to the subjective nature of the experience. This subjectivity precludes certain conventional scientific methods of studying NDEs, such as replicating NDEs or studying physical changes associated with the experience.

“This inability to study NDEs via certain accepted methods of conventional scientific verification results in the need for some element of faith to accept the reality of NDEs. I think this necessary element of faith is a problem for many people in accepting the reality and significance of NDEs. Mitigating against this concern is the fact that NDEs are relatively common. Millions of people have had NDEs. NDEs are quite varied, but the consistency of the NDE elements (OBE experience, tunnel, light, meeting other beings, etc.) is striking. There is no plausible biological explanation of NDEs. There is no other human experience so dramatic, shared by so many people, and so relatively consistent in its elements. The preceding suggests faith in the validity of NDE accounts is the most reasonable conclusion from the evidence.”

“I had my training as a psychiatrist, a physician and then as a Freudian analyst. When I became interested in non-ordinary states and started serving powerful mystical experiences, also having some myself, my first idea was that it (consciousness) has to be hard-wired in the brain. I spent quite a bit of time trying to figure out how something like that is possible.

“Today, I came to the conclusion that it is not coming from the brain. In that sense, it supports what Aldous Huxley believed after he had some powerful psychedelic experiences and was trying to link them to the brain. He came to the conclusion that maybe the brain acts as a kind of reducing valve that actually protects us from too much cosmic input. So, I don’t see, for example, that experiences of archetypal realms, heavens, paradises, experiences of archetypal beings, such as deities, demons from different cultures, that people typically have in these states that they can be somehow explained as something that comes from the brain. I don’t think you can locate the source of consciousness. I am quite sure it is not in the brain not inside of the skull. “It actually, according to my experience, would lie beyond time and space, so it is not localizable. You actually come to the source of consciousness when you dissolve any categories that imply separation: individuality, time, space and so on. You just experience it as a presence.

“People who have these experiences can either perceive that source or they can actually become the source, completely dissolved and experience that source. But such categories as time and space, localization coordinates, are not relevant for that experience. You actually have a sense that the concepts of time and space come from that place. They are generated by that place; but, the cosmic source itself, the cosmic consciousness cannot be located certainly not in the material world.”

So the real questions are these: What is consciousness? Where is it located? Can it exist separately from the brain? Is the NDE a phenomenon for which consciousness transcends the brain? If so, what about other phenomena such as lucid dreams and out-of-body experiences? We can all concede that these states of consciousness all have a chemical basis. But are they only a brain thing? Is the mind only the product of the brain? Near-death studies are revealing the ability of consciousness to transcend the dead brain. One of the best examples of this is the NDE account of Pam Reynolds who perceived verified events in the operating room while being brain dead. 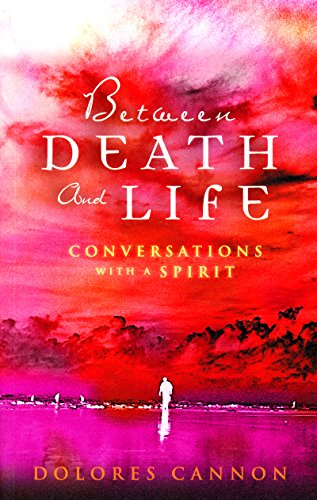 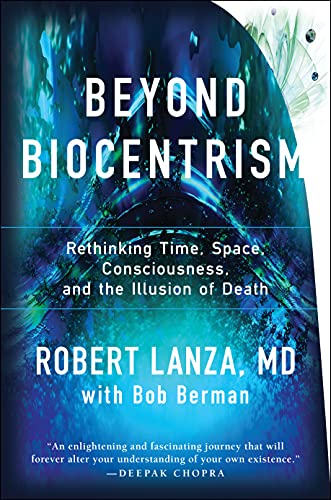